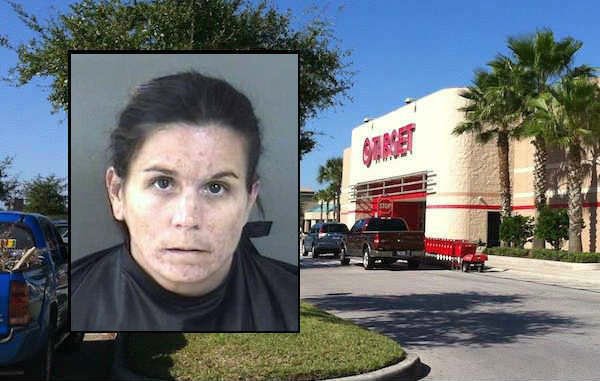 The Target store in Vero Beach called the Indian River County Sheriff's Office after a woman steals birthday presents for her son.

VERO BEACH – A woman was arrested at the Target store in Vero Beach after stealing $628.78 worth of merchandise she said were presents for her son’s birthday, according to the Indian River County Sheriff’s Office.

Kimbalee Ann Eltman, 40, was observed by a loss prevention officer at the Vero Beach Target as she took several items from shelves and placed them into her cart without regard to prices. The merchandise was home items.

Eltman then paid for a loaf of bread and a gallon of apple juice, then walked out the store with the cart full of home items. At no point did Eltman pay for the merchandise in the cart.

Deputies then made contact with Eltman. She explained that the items were for her new apartment in Vero Beach and that she hasn’t seen her kids for seven months. Eltman explained that she took the items so she could give them to her kids since it was her son’s birthday.

Eltman was arrested and transported to the Indian River County Jail where she was charged with Felony Grand Theft.