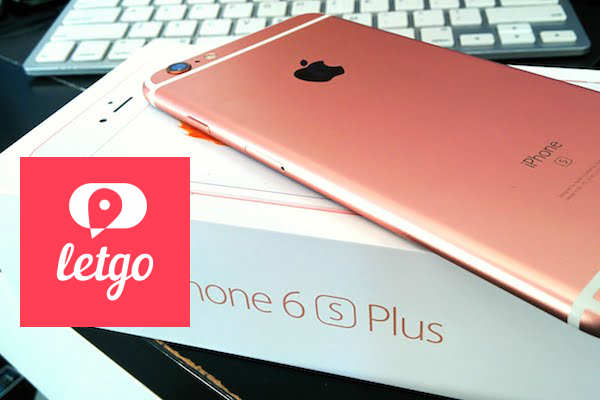 VERO BEACH – The Indian River County Sheriff’s Office received a call from a woman who said someone stole her phone after using the Letgo service.

Letgo is a free, person-to-person, mobile classifieds app. It allows users to buy from, sell to and chat with others locally.

Deputies made contact with the victim who said she met with an individual to sell an iPhone 6s+ for $250.00 in Vero Beach.

An individual using the name “Jeremy Fisher” asked the woman to bring the phone and meet him behind the Trading Post Gas Station.

The victim met with Fisher and as soon as she showed him the iPhone 6s+, he grabbed it and took off running down the street.

The suspect was last seen running westbound and jumping over a couple of fences.

“They described the individual as a black male with dreadlocks, approximately 5’10 in height with a lean build, wearing a white tank top, black sweatpants and white shoes who appeared to be in his early 20’s,” the deputy said.

Deputies used a K-9 to search for the suspect, as well as a helicopter, but were unable to locate the man.

Deputies then reviewed security footage from the Trading Post which showed the entire incident.

However, the footage was too grainy to make out the identity of the suspect.

“The purpose of an E-Commerce Exchange Safe Zone is to provide a well-lit, public, video surveillance monitored spot, so our citizens could be safe when meeting a seller to complete a purchase from sites such as Craigslist, eBay, or Facebook,” Vero Beach Police spokeswoman Ofc. Anna Carden said in a statement.