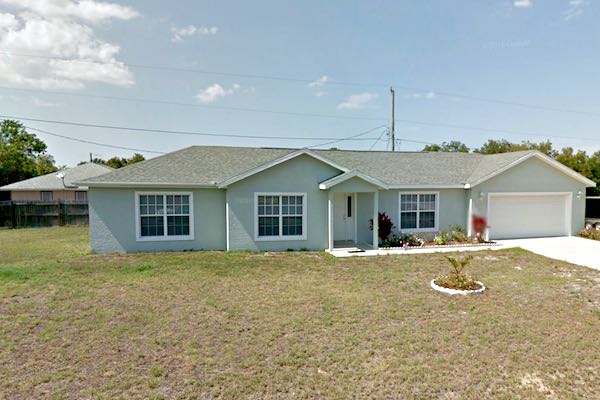 VERO BEACH – The Indian River County Sheriff’s Office received a call about an attempted residential burglary at the 200 block of 15th Street SW in Vero Beach.

Three victims, a mother and two children, told deputies they were in their Vero Beach home watching TV in the living room when they heard a knocking at the front door.

They looked out the window and saw a man standing by the door and another man standing on the street in front of the Vero Beach residence.

The incident appeared to be suspicious, so they turned off the television and decided not to answer the door.

The man continued to knock and ring the doorbell repeatedly.

A few minutes later they heard the back sliding door open and saw the curtains move. Behind the curtains, a man, wearing a gray hat, poked his head into the home and immediately took off running on foot when he saw the victims.

Deputies found shoe impressions in the back yard that resembled someone running on foot away from the sliding glass door.

Law enforcement canvassed the area but could not locate the two suspects.

A neighbor told deputies that he had video surveillance. Deputies reviewed the footage and saw the two black males walking towards the residence.

The video also showed one man standing on the street in front of the home while another man knocked on the door.

Later in the footage, the two suspects were seen running from the backyard before jumping over a wooden fence.

The two suspects continued to run north before disappearing on another street.

Another Vero Beach neighbor said he saw the two males running and then picked up by a white Kia four door sedan.