Vero Beach Shoplifter ‘Forgot About Items’ In Her Pocket 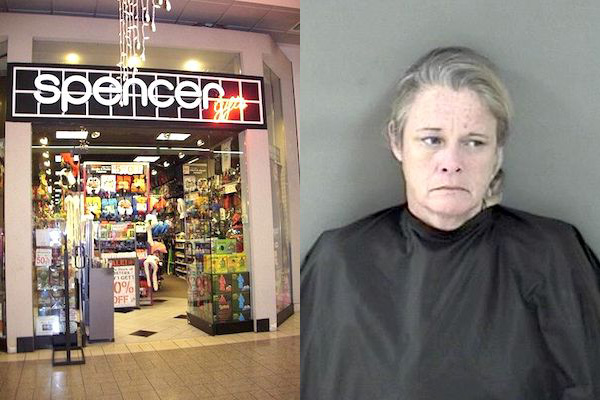 VERO BEACH – Deputies from the Indian River County Sheriff’s Office responded to a shoplifting at Spencer’s in Vero Beach.

Once at the store, they met with a loss and prevention officer who said Sheri Anderson, 45, selected two pairs of earrings and placed them inside her pants pocket and left.

Anderson, who listed her occupation as a construction worker, passed all points of sale and was stopped by loss and prevention outside the Vero Beach store.

Deputies then made contact with Anderson who said her purse broke in the store. As she bent over to pick up her belongings on the floor, she picked the two pairs of earrings and placed them in her pocket because she wanted to purchase them, according to the report.

Anderson said she “forgot about the items” and left the store. She was arrested and transported to the Indian River County Jail where she was charged with shoplifting.