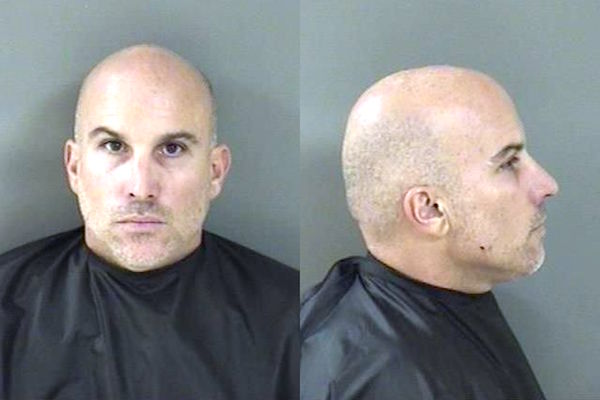 VERO BEACH – Vero Beach police responded to a call at Riverside Cafe about a physical disturbance. One of the men identified as Mark Haryslak was still at the scene and was named the primary aggressor. Police gave him a trespass warning and asked him to leave.

After officers had left the scene, they received a 911 call of a “large fight” in the parking lot in front of Waldo’s in Vero Beach. But the staff told officers they were unaware of any fight.

Police then received another 911 call for an active fire in the bar area of Riverside Cafe. Indian River County Fire Rescue and two Vero Beach Police units were dispatched to the emergency.

However, while emergency crews were en route to the fire, they received another call for “illegal betting” taking place inside Riverside Cafe.

Authorities determined that neither a fire nor illegal gambling was located at the Riverside Cafe.

The phone number was traced back to Haryslak, the primary aggressor in the fight earlier at Riverside Cafe. Police went to his home and placed him under arrest.

“It was pretty funny watching you guys drive away to that fight huh. You’re just pissed because I manipulated the system and got away with it,” Haryslak told the officers. “You feel pretty good arresting a guy for making a prank phone call?”

Haryslak was booked for disorderly intoxication and misuse of the 911 system.