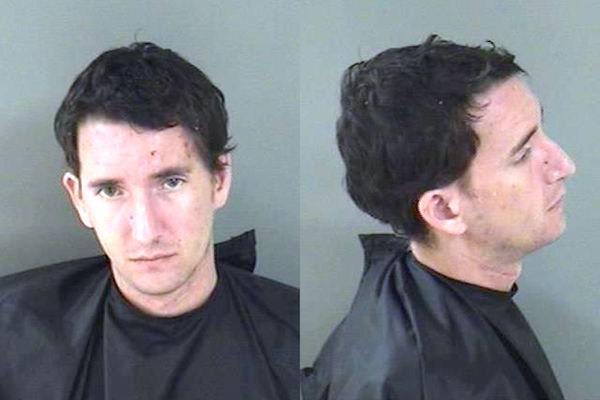 SEBASTIAN – Police responded to a call about an intoxicated man with two very small children at Ruby Tuesday’s in Sebastian. When the restaurant refused to serve him alcohol, he told the waitress that he was going to Woody’s.

Patrons and staff allegedly watched the intoxicated subject, identified as Nathan Fox, pick up the baby by the neck and placed him into a high chair.

Fox then fled the scene with his two small children, a 7-week old baby and a 7-year-old, before police got there.

A few minutes later, deputies from the Indian River County Sheriff’s Office found Fox inside Woody’s Resturant and asked him to walk outside.

Fox told deputies that he had a few beers earlier in the day at home but stopped drinking at around 4:00 p.m., according to the report. He said he was taking medication that can impair his ability to operate a motor vehicle, and was also detoxifying from alcohol.

Deputies arrested Fox for DUI. He gave a breath sample for B.A.C., and the results were .239, about three times the legal limit.