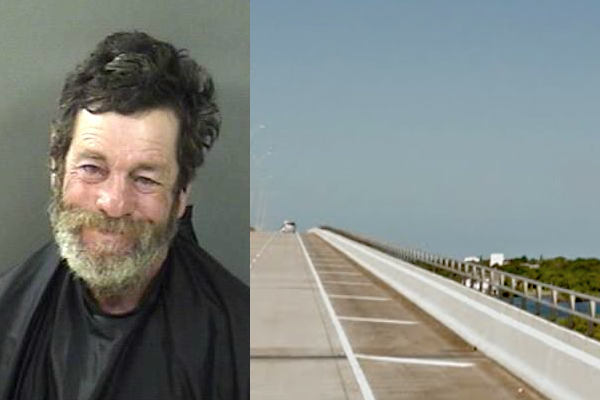 Vero Beach man arrested after making threats of rape to joggers on bridge.

VERO BEACH – A 62-year-old man was arrested after making threats to rape people who were jogging on the Barber Bridge in Vero Beach.

Michael Edward Girardin, of Vero Beach, was seen riding his bicycle on the bridge wearing blue jeans and a tan shirt.

Witnesses say Girardin made threatening comments to “rape them and cut their heads off,” according to the report.

Another person who called the Vero Beach Police Department described the man riding a bike and yelling obscenities to people.

“Once I contact Mr. Girardin, I noticed that he had a strong odor of alcoholic beverage emitting from his person. I also noticed that Mr. Girardin’s speech was slurred and he had trouble keeping his balance,” the officer said.

Girardin began raising his voice and using profanities to police while telling officers that he hadn’t done anything wrong.

Officers then made contact with the caller who said she and her daughter were running up the bridge when Girardin began to follow them on his bicycle.

“While following them Mr. Girardin made the statement that he wanted to ‘rape them and cut their heads off,” according to the officer.

Girardin was arrested and transported to the Indian River County Jail where he was charged with disorderly intoxication.

During a search, officers found a small glass bottle of Smirnoff, which was empty.

According to jail records, Girardin has been arrested 12 times in Vero Beach since February 2015.