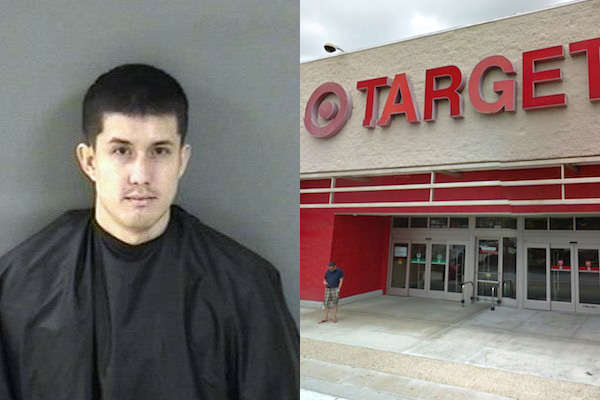 VERO BEACH – A 28-year-old man was arrested on charges of theft after stealing cosmetics and other merchandise from the Vero Beach Target located at 5800 20th Street.

The incident occurred last Thursday in Vero Beach when a loss prevention officer observed a man entering the store with a Walmart shopping bag.

Jaime Lee Granger, 28, was seen taking several cosmetic items and then concealing them in his pockets.

Granger then selected a bottle of cologne and concealed that in his Walmart shopping bag before exiting the Vero Beach Target.

The stolen merchandise was found in the vehicle, along with nine Alprazolam pills, a small plastic baggie of crystal meth, and two cut red straws with crushed up blue powder inside of them.

“Granger also admitted he stole the items to return them for a gift card at a later date,” the deputy said.

Granger was arrested and transported to the Indian River County Jail where he was charged with Felony Retail Theft, Possession of a Controlled Substance without a Prescription, Possession of Methamphetamine, and Possession of Drug Paraphernalia.

Last week, a 31-year-old woman was arrested after stealing makeup for her daughter at the same Target in Vero Beach.

In July, a flight school student was caught stealing cosmetics after concealing them in shopping bags, at the very same target store.