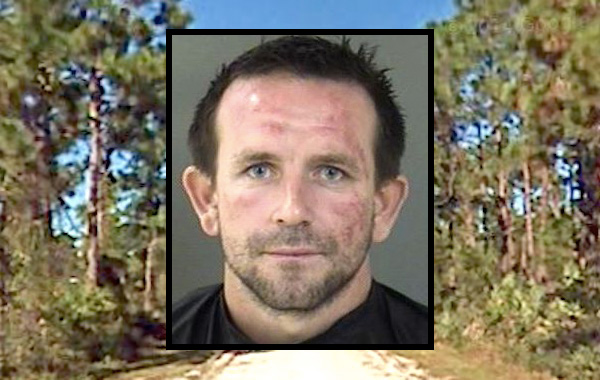 Man steals car and tries to surf on it in Vero Beach.

VERO BEACH – A 33-year-old man was arrested in Vero Beach on multiple charges after the Indian River County Sheriff’s Office saw him surfing on top of a stolen car while it was in motion.

Nicholas Christopher Yepez, also the driver, was seen standing on the roof of a red Chevrolet Camaro while the vehicle was in motion on 11th Street in Vero Beach.

A deputy activated his emergency lights and sirens, at which time Yepez jumped off the roof “and started to run along the driver’s side of the car,” the report said.

Yepez was holding on the vehicle and reached in to place the vehicle in park while it was rolling. The deputy said he could hear the gears grinding while Yepez was running with the car.

“The defendant threw his arms and hands up in the air while facing me and laid his body face down on the ground,” according to the report.

Yepez then told the deputy, “there is weed in the car.” A marijuana cigarette was found in the vehicle.

The deputy also found out that the car was stolen out of St. Lucie County. Yepez was arrested and transported to the Indian River County Jail.

Things going on at night in Sebastian this weekend