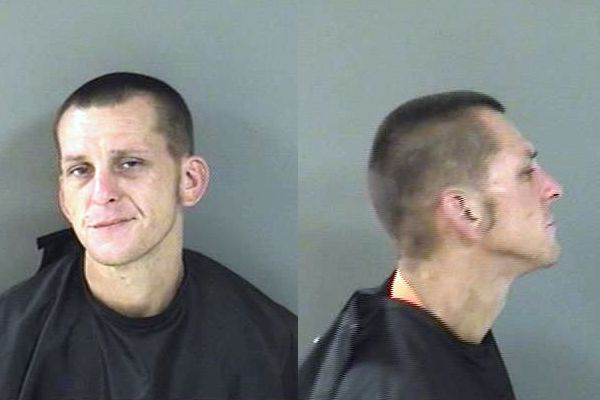 The victim told deputies that he was awakened by the alarm on his truck as it was parked in his driveway on the 700 block of 17th Lane SW in Vero Beach. He then walked out and noticed a “white skinny male” wearing all dark clothing walking away from his home.

The suspect was identified as 33-year-old Derek Adam McKemy, according to the report.

The victim yelled, “I saw you mother fu**er breaking into my truck” toward McKemy.

McKemy yelled back, “I don’t know what you are talking about dude” as he took off on foot.

McKemy was later found by deputies at the 1400 block of 17th Place SW. He matched the description provided by the victim.

“McKemy’s behavior was very erratic and nervous,” the deputy said, according to the report.

McKemy told deputies he was walking from Dixie Heights and was headed to an unknown location in Oslo Park.

He was unable to provide an address of where he was coming from.

The deputy asked him again, and McKemy said he lived with people on 12th Court SW in Vero Beach but was unable to provide any names.

McKemy was arrested and transported to the Indian River County Jail where he was charged with Loitering.