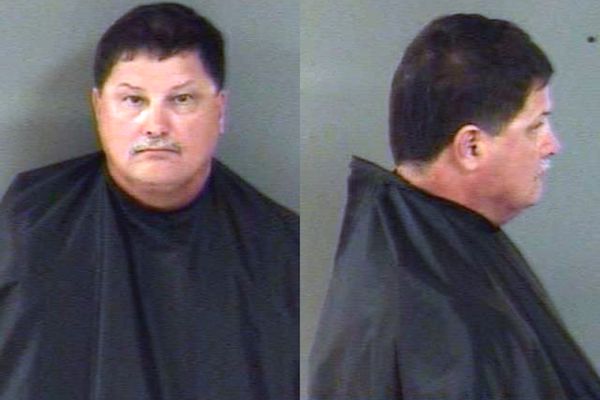 A was arrested on charges of sexual battery in Vero Beach, Florida.

VERO BEACH – A 50-year-old man was arrested Wednesday after a teenage girl told her school that she’d been molested, according to the Indian River County Sheriff’s Office.

Roy Edford Terrell, of Vero Beach, was charged with Felony Sex Battery on Child Over 12.

The victim told her guidance counselor at the Vero Beach Charter High School that Terrell had sex with her on Sunday at her home, according to the affidavit. The victim is between the ages of 12 to 17.

The girl also told investigators that Terrell has been molesting her since she was 9-years-old, the affidavit said. The victim said Terrell visits the home each day, according to the report.

What isn’t clear in the report is what relation Terrell has with others in the home, and how the abuse continued over the years.

The victim said that on Sunday Terrell took a shower in her home and then approached her bed for sex. Investigators say Terrell “bribed” the child with $200, according to the affidavit.

Following the act, Terrell gave the child $25 and stated that “he would make up the remainder of the $200 promised in gifts,” according to the report.

Investigators conducted a controlled phone call discussion between the victim and Terrell about the encounter they had on Sunday. According to investigators, they had evidence from the phone call that established enough evidence to charge him with sexual battery.

During his arrest, Terrell denied the allegations made by the victim. When investigators told him about the recorded phone call, he “began to stutter and was very unsure of what to say. Terrell then requested legal counsel,” according to the report.

Terrell is currently being held at the Indian River County Jail on $500,000 bond.