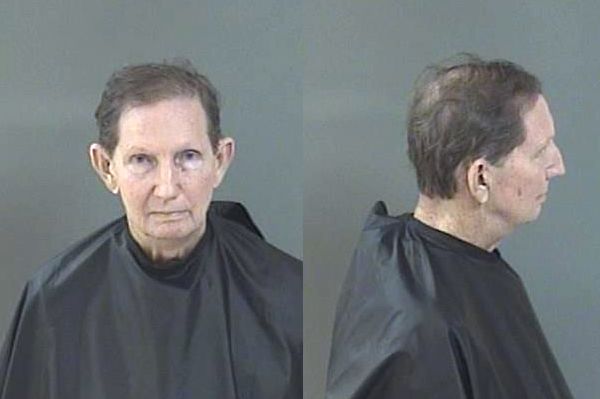 A homeowner was arrested after pointing a gun at a landscape crew in Vero Beach, Florida.

VERO BEACH – A 76-year-old man was arrested Friday at approximately 12:30 p.m. after he pointed a gun at a landscape worker, according to the Vero Beach Police Department.

Allen Fletcher, of Vero Beach, told police that he didn’t do anything wrong. Fletcher also told officers that there is nothing wrong with having a gun in his own home, the report said.

A landscape worker told police that his crew was cutting down some trees near Fletcher’s property when he came out to confront them. Fletcher was yelling because he believed the crew was cutting his trees on his property. The crew called the landscape company owner, and he arrived on the scene to speak with Fletcher.

The owner of the landscape company knocked on Fletcher’s door, and he answered with what appeared to be a .357 magnum firearm. Fletcher allegedly pointed the gun at the man’s chest and said “you mother fu****, cock su****, get the fu** off my property before I shoot you,” according to the affidavit.

The landscape company owner ran back to his truck and called the police. He told officers he never threatened Fletcher and the whole time he pointed the gun at him, the affidavit said.

“He was in fear for his life thinking he was going to get shot in the back,” the officer said.

Fletcher told police that he didn’t do anything wrong, and he denied pointing a gun at the business owner, the report said.

“Fletcher stated that the workers should have stayed off his property,” police said.

When asked if he would speak with Vero Beach detectives, Fletcher declined.

The gun was described as a Colt Python Revolver and chambered for a 357 Magnum with six live rounds loaded.

Fletcher was charged with Felony Aggravated Assault and was transported to the Indian River County Jail where his bond was posted at $2,500.