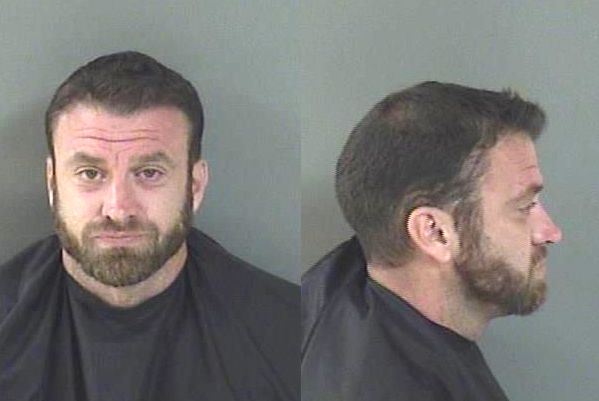 A man was so angry at police that he wanted to pay $1 million to anyone that removed his handcuffs in Sebastian, Florida.

SEBASTIAN – A man who was arrested for DUI offers to pay $1 million to anyone who would let him out of his handcuffs so he could fight the officer, according to the affidavit.

As police arrived, they observed the truck driving southbound on Schumann Drive without a tire. They followed the truck as it turned onto Kildare Drive where it traveled a short distance before parking in the driveway of a home, according to the affidavit.

Officers made contact with Duane Corlett, 38, of Sebastian, and asked him about the damaged front tire. He said he didn’t know what happened. Officers smelled the odor of an alcoholic beverage as he spoke.

Police also located the area where Corlett damaged his tire, which was on Schumann Driver near Bailey Drive.

“I observed skid marks and then fresh scrapes on the curb of the median. I observed that the vehicle that did this had a damaged tire and was riding on the rim. I observed marks on the street, which made a U-Turn at the next crossing and headed in the direction where Duane was located,” the officer said.

Corlett said he was driving when all of a sudden he heard a noise. He got out to inspect, but didn’t see anything wrong, the affidavit said. Corlett then stood up in a “half bladed stance and began to move his hands as if he was getting adjusted,” police said.

The officers ordered Corlett to sit back down, which he refused. Corlett was then detained and charged with resisting arrest and DUI.

Officers found an alcoholic beverage in the truck’s center console.

Corlett told the officers that he would pay anyone $1 million to let him out of the handcuffs to have a “minute to kick my as*,” the officer said. The threats continued all the way to the Indian River County Jail. As a result, Corlett picked up a Felony Corruption by Threat charge.