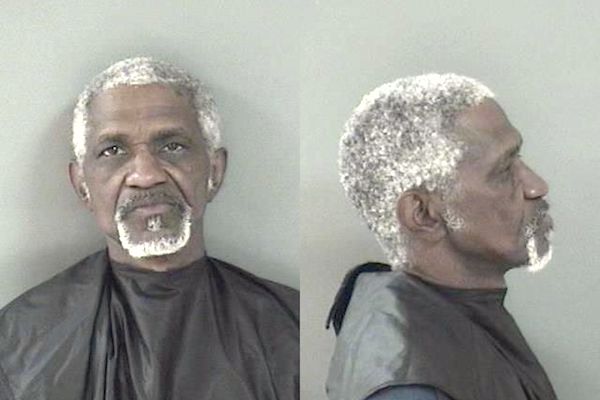 Witnesses called the Vero Beach Police Department after watching a man repeatedly punching a woman in a pickup truck.

VERO BEACH – A 60-year-old man was arrested in Vero Beach after witnesses say he beat a woman in a pickup truck before dragging her out onto the pavement.

The Vero Beach Police Department received the call after witnesses were in a separate vehicle observing a man punching a female driver while waiting for the traffic light to change.

Three witnesses then saw the truck “rapidly pull into the parking lot at 1414 16th Street and come to an abrupt halt,” according to the report. A black male exited the truck from the passenger side and ran around to the driver’s side door. The man then opened the door and physically pulled the white female driver from the truck.

The man then “struck her in the side of the head with a closed fist causing her to fall unconscious to the ground,” the report said.

The suspect was identified at Eugene Williams, who appeared to be extremely intoxicated.

The victim required immediate medical attention and was transported to the Indian River Medical Center by ambulance. She appeared extremely disoriented with swelling to her face from multiple injuries.

Williams said that he and the victim had been drinking all day at the Driftwood Inn in Vero Beach. On the way home, the two engaged in an argument that became physical. He said he only “slapped” her in self-defense.

Williams was transported to the Indian River County Sheriff’s Office where he was charged with battery domestic violence.