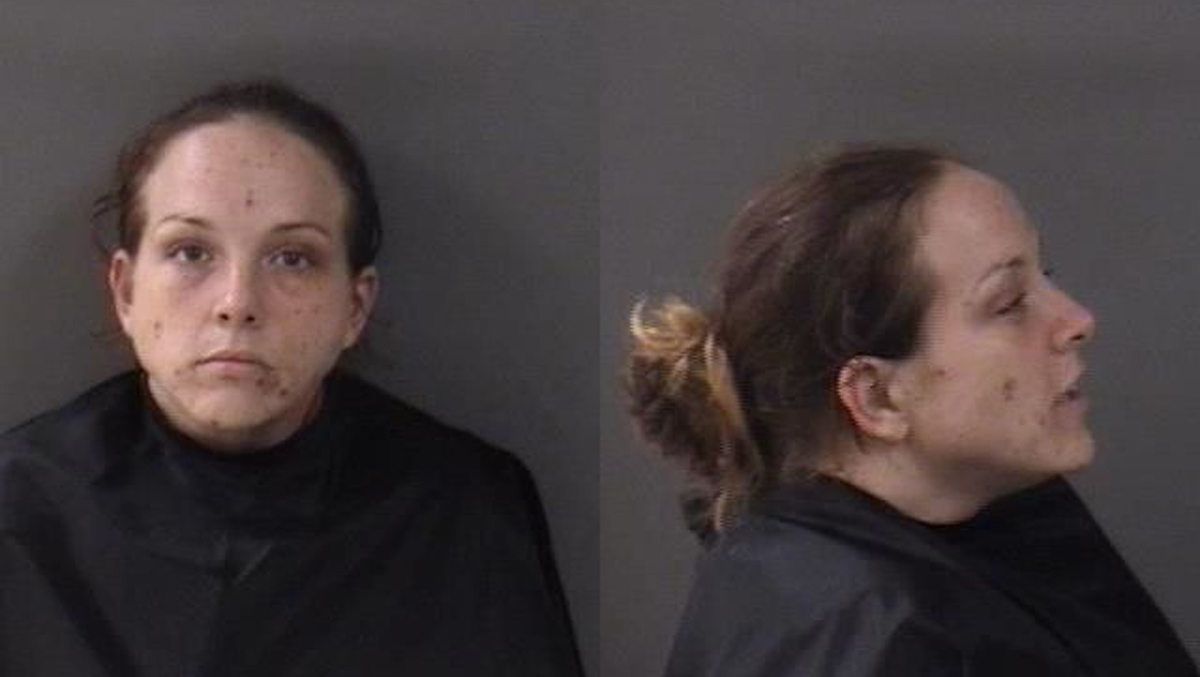 According to the Sebastian Police Department, a woman was arrested on charges of child neglect after officers found discarded diapers on the floor and feces smeared on the walls inside a home.

On Saturday, at approximately 10:00 a.m., a child was seen walking down a neighborhood street, soaking wet, unaccompanied by an adult. Residents notified police about the child.

As officers arrived and spoke with the complainants, they observed a female, later identified as Amanda Guevara, exit a residence located on Empire Terrace.

Guevara walked up to the police and explained that her child “must have gotten out of the house” while she was getting ready in the bathroom.

“Guevara stated that someone must have left her front door open, and the child must have walked out of the open door. Guevara stated she was the only other person in the house at this time. While I was speaking with Guevara, I observed fresh track marks on her arms, noticed she was sweating profusely, and that her behavior was at times very energetic followed by a sudden change of behavior to complete calmness and drowsiness,” the officer said.

Police said Guevara appeared to be under the influence of an unknown substance other than alcohol. When officers questioned her, she denied being on any substances or alcohol.

Police then asked Guevara if they could go back to her residence to change the child into clean, dry clothes, and she agreed, according to the affidavit.

When the police stepped into the residence, they observed clothing, discarded food, diapers, and bottles covering most of the floor.

“I observed many areas that either had been smeared with or were covered in both animal and human feces. The human feces were likely from the several discarded diapers that were left on the ground,” the officer said.

As Guevara was changing the child’s diaper, he noticed a severe diaper rash.

“When removing the wet diaper, Guevara had a difficult time locating a clean diaper for the baby and only put cream on the baby after officers mentioned the diaper rash,” the affidavit said.

Police were concerned with the baby’s well-being, so they notified the Florida Department of Children and Families (DCF). At this point, Guevara sat down and began nodding off, according to the report.

“Based on the fact a young child was unaccompanied and unsupervised on the roadway for approximately 30 minutes, the exceptional lack of cleanliness of the house that could reasonably cause the child to become ill, and the apparent failure of Guevara to provide care and supervision to (the child) based off of her suspected drug use, it was determined Guevara would be placed under arrest for child neglect,” the affidavit said.

Officers then conducted a safety sweep of the house and found a malnourished dog that escaped the residence.

“During the sweep, officers located in plain view several items of drug paraphernalia. The paraphernalia included several loaded and uncapped syringes. I was informed some of the syringes were found on the floor of the residence,” the officer said.

Guevara was transported to the Indian River County Jail, where her bond was set at $10,000.

Do You Give A Ruck: Army vs. Navy – Battle for Dominance