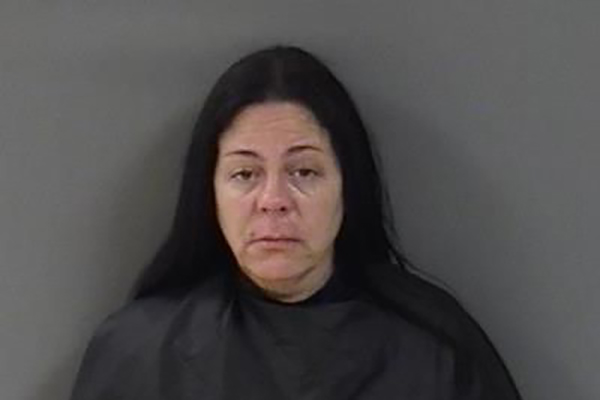 A woman was arrested after calling 911 to report a physical disturbance when her boyfriend hid the TV remote, according to the Sebastian Police Department.

Joyce Kathleen Wegner, 49, told officers that she was pushed to the ground by her boyfriend and that he hid the television remote, according to the affidavit.

As officers arrived, they saw several neighbors standing in their yards, listening to Wegner yell behind her residence near the 800 block of Schumann Drive.

Police said Wegner was holding a glass cup in her right hand, and they smelled the strong odor of an alcoholic beverage emitting from her mouth whenever she spoke, according to the report.

Wegner’s boyfriend told police that Wegner had been drinking vodka all afternoon.

Wegner told police that she wasn’t in a physical disturbance, but she was upset that her boyfriend hid the TV remote.

“Wegner then asked me if I could help her locate her television remote inside her residence,” the officer said.

While Wegner was placing her hands inside her pockets, police asked her stop, but she refused. She told officers, “fu**ing leave me alone.”

According to officers, she was acting “erratic,” and they had to detain her.

“I was later advised by dispatch that Wegner used the 911 emergency number to falsely report the incident,” the officer said.

Wegner was charged with disorderly intoxication and was transported to the Indian River County Jail.