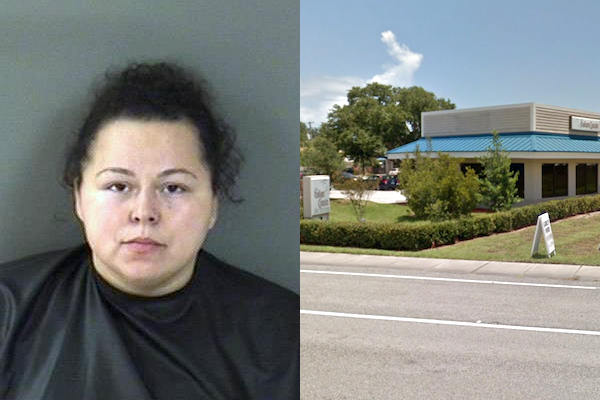 Sebastian woman punched the other of The Italian Cousin after being told to move her car during the parade.

SEBASTIAN – A 28-year-old woman was arrested Saturday at The Italian Cousin restaurant after punching the owner in the face, according to the Indian River County Sheriff’s Office.

Jessica Ventura Chevalier, of Sebastian, was asked to move her car during the parade by the owner of The Italian Cousin so that her customers could park in front of the restaurant, the report said.

The owner had posted three no parking signs in the parking lot due to the parade by the City of Sebastian.

Chevalier began yelling at the owner after being told to move her car. When the owner turned her back to walk into the establishment, Chevalier grabbed her left arm and punched her on the left side of her face, according to the arrest affidavit.

Deputies observed bruising on the left arm and redness to the victim’s face.

Deputies were unable to observe any physical marks, bruising, or evidence that Chevalier was grabbed by her neck.

A witness who saw the incident told deputies Chevalier yelled in the parking lot and saw her grabbing the restaurant owner by the arm and then striking her in the face with a closed fist.

Chevalier was arrested on a charge of Battery and transported to the Indian River County Jail.