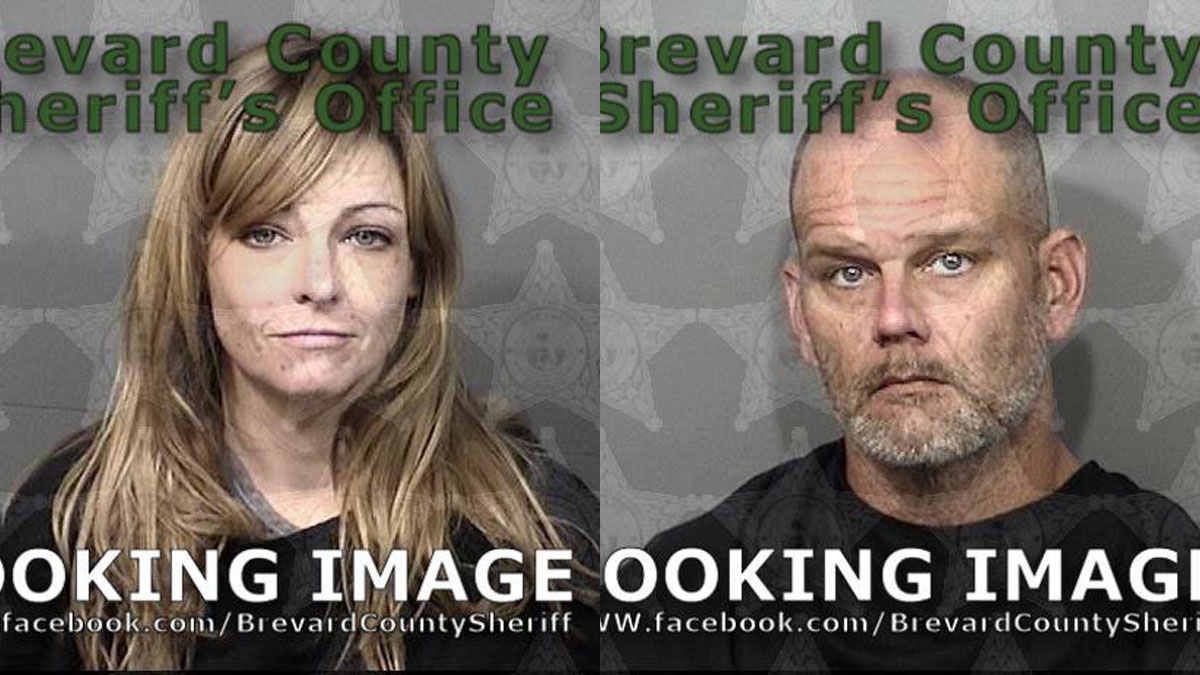 The home belonged to the mother of 35-year-old Lindsey Theissen of Sebastian. Theissen, and her boyfriend, 40-year-old Gerald Gay, were caught breaking into her mother’s residence.

When officers arrived at the home, they made contact with both subjects, who said they moved in a few days ago but had forgotten their keys.

“I walked around the garage to see the front window frame was heavily damaged and removed. The front screen was torn and tossed to the side of the window opening. There were various tools on the ground in front of the window. I saw old keys pushed underneath with window casing, between the frame and the window sill. The window looked like it had been pried at, attempting to open it,” the officer said.

Next to the broken window was a small white substance inside a hoodie that field-tested positive for heroin.

The owner of the home, who was at work at the time of the burglary, stated the two subjects were her daughter and her daughter’s boyfriend. She believed that the two broke in to steal property to buy drugs. As a result, she signed affidavits for burglary against both subjects.

A neighbor had reported the burglary as it was happening. They watched the entire incident as it occurred while calling 911.

Exchange Club of Sebastian – Students of the Month for October