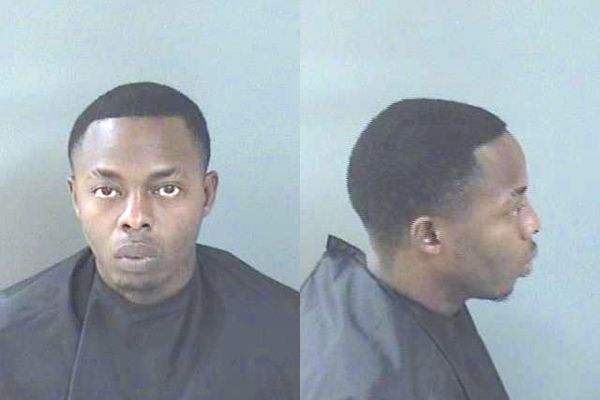 SEBASTIAN – On Thursday night at approximately 11:00 pm, officers found 56 Oxycodone pills hidden in a man’s Lincoln during a traffic stop at the intersection of Englar Drive and Easy Street, according to the Sebastian Police Department.

Kareem Hakeefe Coleman, 28, of Sebastian, was traveling in a black Lincoln on Englar Drive when he drove through a stop sign, reports show. Police conducted a traffic stop. A K-9 officer also conducted a “narcotics sniff” of the vehicle, according to the affidavit.

The K-9 “indicated the presence of narcotics in the vehicle,” the report said. Coleman told police that there was nothing illegal in the car.

“A search of the vehicle was conducted and produced 56 pills that [were] in a tied plastic zip lock bag. They were located concealed in the middle front dashboard A/C vent,” the officer said.

The pills were identified as 30mg Oxycodone Hydrochloride which is a Schedule 2 drug. Coleman was asked if he had a prescription for the drug, which he stated he did not.

Coleman was arrested for Felony Possession of a Controlled Substance without a Prescription and transported to the Indian River County Jail. On Friday, Coleman posted $5,000 bond and was released.

Cooler nights this week in Sebastian

Cooler nights this week in Sebastian