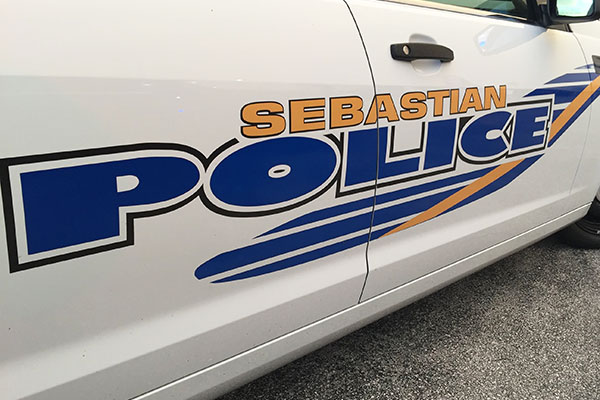 On Wednesday afternoon, at approximately 1:30 p.m., the Sebastian Police Department responded to Cumberland Farms located at 957 Sebastian Blvd. in reference to a robbery that had just occurred.

Capt. Timothy Wood of the Sebastian Police Department said once the victim was in the parking lot, he approached a black sedan and made contact with Joseph Arriaga-Stevens, a passenger in the vehicle, who was supposed to sell him the gaming console.

“When the victim handed the suspect the money the driver of the vehicle, Zuanate Christian, started to drive off in an attempt to steal the money. The victim reached into the car and grabbed the gaming console and was subsequently dragged by the car a few feet before escaping and running into the Cumberland Farms, yelling for someone to call 911,” Wood told Sebastian Daily.

Arriaga-Stevens then jumped out of the car and ran after the victim eventually tackling him inside the store attempting to take the gaming console back. While Arriaga-Stevens was fighting with the victim, Zuanate Christian exited the driver seat and ran into Cumberland Farms to help Arriaga-Stevens.

A third passenger of the vehicle, Genesis Rios, then got into the driver’s seat of the suspect vehicle, at which time a citizen watching this take place attempted to stop her from leaving the scene by trying to take the keys out of the ignition.

A citizen named Steven Soltysik was pumping gas when he heard people yelling, “shut that car off!” He approached the vehicle and tried to get the keys when Rios began to drive off, dragging him across the parking lot before he was thrown from the vehicle onto the ground.

Arriaga-Stevens and Christian were confronted by other patrons inside of Cumberland Farms and took flight running to the suspect vehicle and fleeing the scene with Rios at the wheel.

Soltysik said he was dragged several feet causing injuries to both his knees and shoulders with raspberry burns.

“Never thought a young lady would do something like that, sometimes life gets you. I’ve learned that in order for me to ask the Lord for forgiveness for some of my mistakes in life, that I must return the gift to someone for their mistakes if possible. It’s not easy but I already did it. Be safe, God bless us all,” Soltysik told Sebastian Daily.

Responding Sebastian Police Officers were able to locate the suspect vehicle shortly after they left the scene and took all three suspects into custody without further incident.