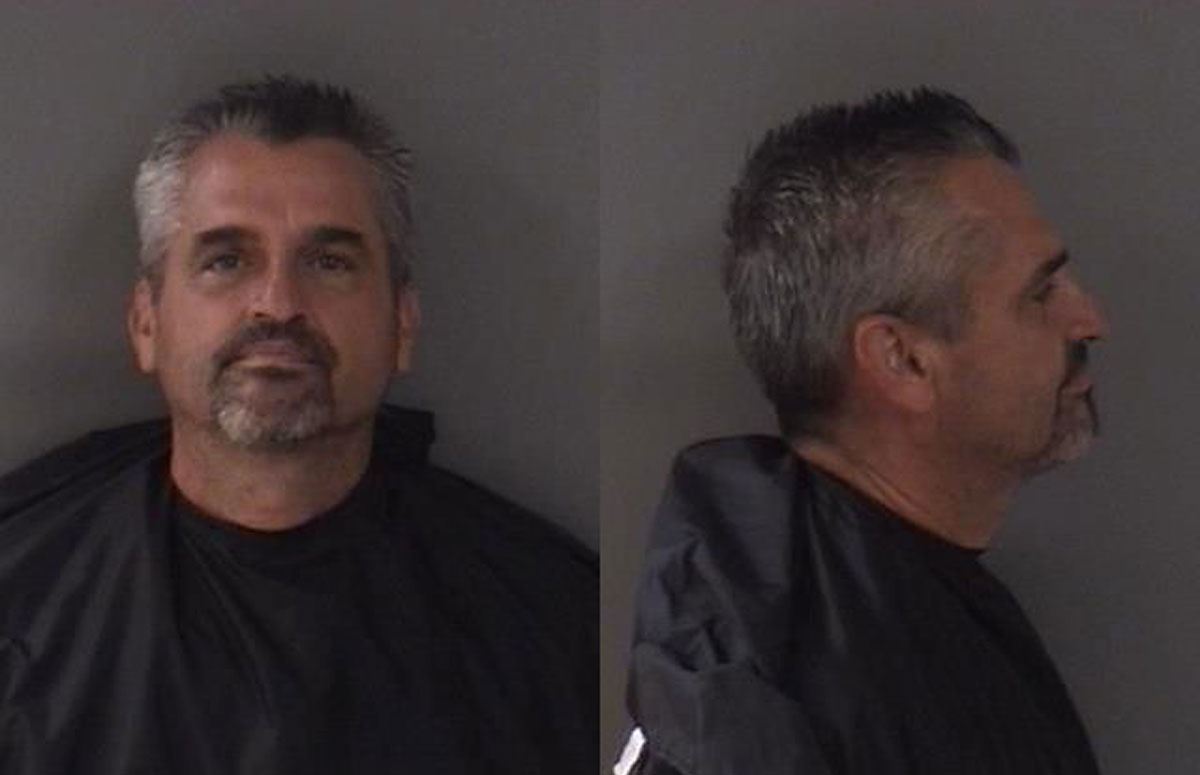 Michael Despres was arrested Tuesday after he admitted killing 67-year-old Janine Bishop of Sebastian and was charged with First Degree Murder.

The Sebastian Police Department received a call from a manager at Walmart after Despres went into the store and reported an incident. Officers found Bishop’s body in the passenger seat of her Chevy Silverado in the parking lot.

“The decedent had ligature marks around her neck area, consistent with being strangled,” detectives said.

Despres admitted to strangling Bishop to death using a rope with handles on each end on Monday evening at approximately 7:30 p.m. at their residence located at the 400 block of Briarcliff Circle. He also told investigators that he had been angry at Bishop and had been contemplating killing her for several days before her death.

Despres said Bishop was sitting on a kitchen chair, and he wrapped the rope around her neck and strangled her “as hard as he could” until she “slumped to the ground.”

He then moved Bishop’s body to the master bedroom and placed her face up on the bed. Despres then said he laid down next to her and went to sleep.

At approximately 5:30 a.m., Despre woke up, changed Bishop’s clothing, and placed her inside the passenger side of her pickup truck. He then put his bicycle inside his grey van, drove and parked it at Walmart, and used the bike to peddle back to the residence.

Despre then drove the pickup truck to the Sebastian Walmart, parked it, and moved his van to the Dollar Tree parking lot. He then walked into Walmart and asked the manager to call 911 because there was an “emergency situation with his fiance in the parking lot.”

Walmart surveillance video depicts Despre’s actions as they were explained to investigators.

Friends and neighbors say Bishop was in an “abusive relationship” with Despres for years. When neighbors found out what happened on Tuesday, they were horrified and shocked. Some of their close friends are still living with the tragedy. Other friends say the relationship between the two was toxic and abusive.

Some of her friends are upset with reports stating Despres was Bishop’s fiance, telling Sebastian Daily that she never planned to marry him.

Neighbors, who would only speak on the condition of anonymity, said Bishop was very active and healthy.

“You would often see Janine riding her bike around the neighborhood. She was a lovely woman who also helped others. It is tragic; she didn’t deserve this,” a neighbor told Sebastian Daily.

The Cats Meow Cat Clinic in Sebastian said they are the vet that took care of Bishop’s two cats. They are willing to take them in if the cats need a home.

So, why do people abuse? The National Domestic Violence Hotline says abusive people believe they have the right to control and restrict their partner’s lives. They are abusive because they want priority in the relationship, and they aim to make their partners feel less valuable and undeserving of respect.

One study found that men who have killed their partners did so after threats of separation and were most often the precipitating events that led to the murder. The victim may also feel the relationship is a mix of good times, love and hope, manipulation, intimidation, and fear.

According to HelpGuide, most victims feel confused, uncertain, frightened, or torn as reasons to hang on to an abusive relationship. Sometimes they blame themselves and feel guilty.

Victims also sometimes believe their abusive partner will change, although the abuse will probably keep happening. Some victims believe they can help their abuser, feeling a responsibility to fix their problems. However, that only leads to perpetuating the problem.

Some abusers have promised to stop the abuse to their victims, but their true goal is to stay in control, and the behavior will resume once the victim forgives them.

The bottom line, victims, should not let fear of the unknown keep them in a dangerous, unhealthy situation. There are several resources available to victims. Please read more from HelpGuide.

How to get help

If you are in an abusive relationship, please reach out and contact the National Domestic Violence Hotline. Many people have gone through the same abuse, and you’re not alone. You deserve better than living a life of abuse and fear.

Victims can also contact Assistance for Victims at the Indian River County Sheriff’s Office by calling 772-978-6255 or emailing them at victimadvocate@ircsheriff.org.