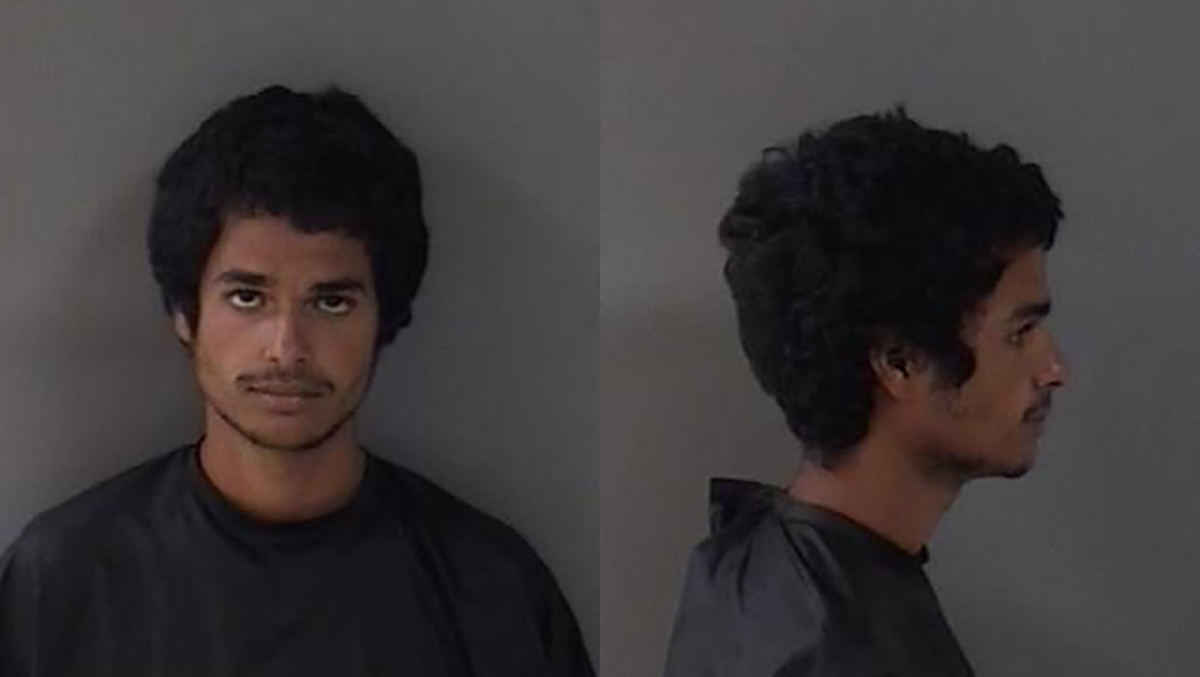 On Thursday, at approximately 4:30 p.m., deputies received a call from several motorists about a reckless driver in a Dodge pickup truck, according to the Indian River County Sheriff’s Office.

Witnesses said the driver was swerving across the road on 53rd Street before running into a ditch. The truck then re-entered the roadway and began tailgating other vehicles, the affidavit said.

Soon after, a deputy spotted the truck stopped in the middle of U.S. Highway 1.

“When I approached the vehicle, the driver was slumped over on his right side as if sleeping. The doors were locked. I had to knock loudly on the window in order to gain the driver’s attention,” the deputy said.

Later identified as Juan Luis Ramos of Sebastian, the driver woke up and appeared to be disoriented. The deputy asked Ramos if he had a medical emergency, and he replied that he just “smoked a joint.” The deputy instructed Ramos to put his vehicle in park to avoid hitting his police cruiser, the report said.

Deputies moved the truck off the roadway since it was stopped in the middle of U.S. Highway 1 during afternoon traffic.

Ramos, 19, initially told deputies that he just left work, then changed his story to having just left his father’s home. At one point, he wasn’t sure where he was in Sebastian.

“He said he took a hit from a joint he was smoking and fell asleep,” the deputy said. At one point, Ramos asked deputies if he had hit anyone.

Ramos had difficulties completing a few field sobriety exercises as he was too impaired to stand. He consented to a breathalyzer, which came back 000. A Drug Recognition Expert determined Ramos was impaired and unable to operate a vehicle safely after a drug influence evaluation.

He was arrested and charged with DUI.