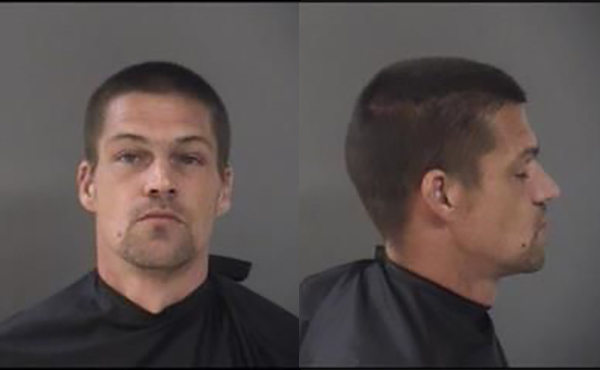 A man is behind bars after stealing multiple items from Home Depot and pawning the merchandise for cash at Warrior Pawn in Sebastian, Florida. He told detectives that stealing from a corporation isn’t like taking from the working man.

Patrick Brennan Noble, 35, of Sebastian, was charged with 26 counts that include Dealing in Stolen Property and Giving False Information to a Pawn Broker.

According to the affidavit, Home Depot Security contacted the Indian River County Sheriff’s office last month to file a complaint against Noble, alleging that he stole merchandise from their stores and pawned items at Warrior Pawn.

From March 16th through April 4th, Nobile entered the Home Depot store 13 times, stealing items such as drill sets, saw blades, and grinder blades. He then pawned them for cash, signing each slip and providing his thumbprint for each transaction.

Detectives then met with Noble and questioned him about the pawn slips.

“Noble admitted stealing all the items listed above in this report home the Home Depot store in Sebastian and pawning them at Warrior Pawn. I showed Noble the pawn slips, and he acknowledged he signed the slips,” the investigator said.

Noble told detectives he’s been stealing from the Home Depot store for approximately a year and a half. He explained that he puts merchandise in the shopping cart, walks out, and sometimes conceals the items in his shirt.

He also told detectives that he was stealing to support his drug habit and got a “high” from taking the merchandise. Noble said sometimes he would steal “twice the same day at Home Depot.”

While Noble apologized several times for stealing, he also served time in prison for dealing in stolen property.

Noble was transported to the Indian River County Jail where his bond was set at $126,000.

Rain at last! How much rain will Sebastian get?

Rain at last! How much rain will Sebastian get?