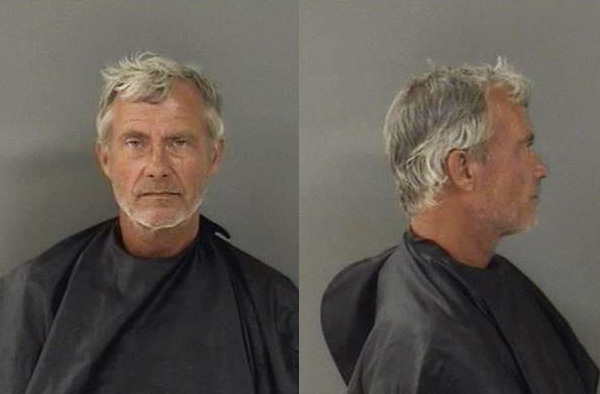 Police say a man was sleeping on the pier near Riverview Park in Sebastian during Hurricane Dorian.

On Monday at approximately 2:15 p.m., officers responded to the pier and made contact with 54-year-old Eric Traband. Police told Traband that there was a mandatory evacuation and State of Emergency in effect.

“It should also be mentioned at the time of this report that it was raining and due to the fact that a prudent and reasonable person would not sleep on a pier while it was raining with a hurricane warning in effect,” the officer said.

As officers conducted a welfare check on Mr. Traband, he appeared to be intoxicated due to the odor of an alcoholic beverage emitting from his person and “his eyes appearing to be glassy and red,” police said.

When police asked Traband questions to determine the reason for him sleeping on the pier, he became uncooperative, according to the affidavit.

“The male subject would respond to my questions by asking me the questions I just asked him,” the officer said.

Traband was arrested for Disorderly Intoxication and transported to the Indian River County Jail. He has since been released on $500 bond.