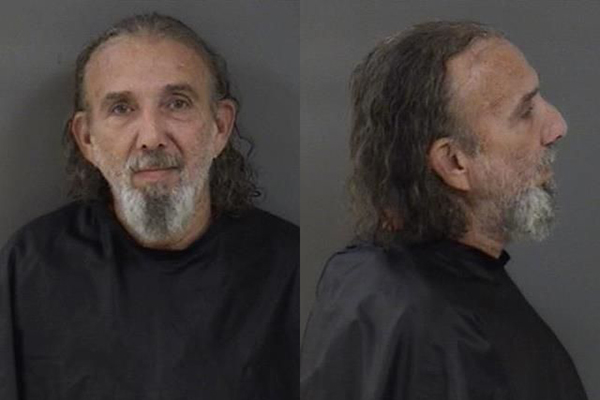 A Sebastian man, who has recently been staying at a homeless camp in Vero Beach, was arrested after he stabbed a man.

Deputies say on Tuesday at approximately 3:00 a.m., they responded to a stabbing call where they found a man bleeding from his upper rib cage, according to the affidavit.

A woman on scene told deputies that her boyfriend, 55-year-old Louis Elson Berry, stabbed a man. She said they were sleeping in her SUV when the two started arguing about the window being down. The girlfriend wanted the window up because she was feeling ill.

“Bit** I will slice you if you don’t leave the window down,” Berry said, according to the girlfriend.

Berry then got on top of her and started slapping her in the face. The girlfriend screamed, and that’s when three other men came to her rescue and pulled Berry off of her.

During the altercation, Berry took a knife and stabbed one of the men before running away from the scene.

Deputies did observe a red mark on the girlfriend’s face, indicating that he did slap her.

Berry was located and questioned about the stabbing. Berry said he was in an argument with his girlfriend about the window being down. But, he denied hitting her.

Then, he said he stabbed one of the men in self-defense because he was pulling him out of the SUV. Additionally, he claimed the male victim attacked him with a stick, and that’s why he ran away from the scene.

The stabbing victim was transported to Lawnwood Hospital Trauma Center, where he is in stable condition. He is claiming that he heard the two arguing and fighting in the SUV, and was stabbed while trying to protect the female.

Micco man rolls vehicle, then tells deputies he was a witness to accident