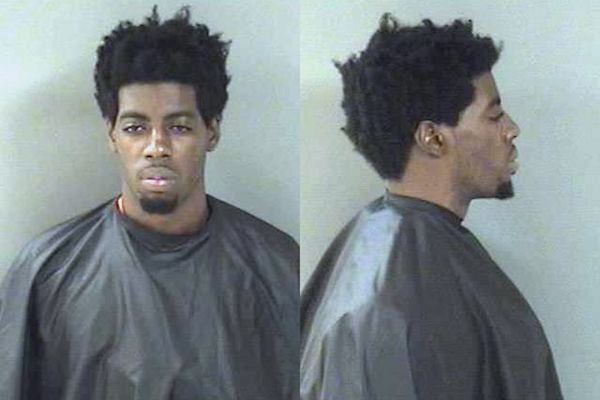 A Sebastian man was caught with marijuana in his butt. Photo by Indian River County Sheriff's Office.

Dondre M. Cypress, 22, was arrested and charged with Felony Tamper With Or Destroy Evidence, Cannabis Possession, and Possession of Drug Paraphernalia.

Police spotted Cypress driving a white Nissan Sentra at a high rate of speed near the 1300 block of Schumann Drive.

A traffic stop was conducted and the Sebastian police officer smelled a strong odor of marijuana emitting from the vehicle. He ordered Cypress out of the vehicle.

When the officer searched Cypress, he located a bag in his groin area. Cypress was ordered to remove the bag, and in doing so, the bag disappeared as he was reaching near his butt area.

When police asked Cypress where the bag was, he told them several different stories. One story was that the bag fell and was still in the car.

Cypress then admitted that the cannabis was in his butt.

“The defendant was again searched and spontaneously uttered that he took the bag out of his butt and its all on the back seat,” the officer said.

Cypress was booked and processed. He has since been released on a $6,000.00 bond.

Vero Beach Man Killed In Multiple Vehicle Pileup On I-95