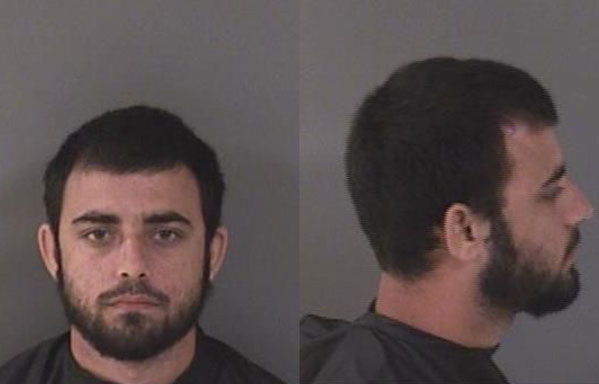 Patrick John Thompson, 23, of Sebastian, was asked by a security officer not to skateboard inside the Indian River Mall. Thompson complied, but then yelled back at the officer and said there were no signs posted indicating he couldn’t skateboard, according to the affidavit.

The security officer said Thompson was in front of the Chick-fil-A and began to create a disturbance by “swearing” and calling people names, the affidavit said.

Thompson told deputies that he was upset and called the security officer “Paul Blart” (a security officer in the movie Mall Cop) and a “dumba–” because of how he was approached. Thompson said the officer told him “you’re going to jail punk,” the report said.

Since Thompson was visually upset, deputies had to ask him repeatedly to settle down and “not to swear.”

“While speaking with Thompson, a family walked by, and Thompson said ‘fu–‘ at which point the mother of a young child shook her head in disgust,” the deputy said.

It was then discovered that Thompson was issued a trespass warning from the Indian River Mall in 2011.

Thompson was transported to the Indian River County Jail where his bond was set at $1,000.