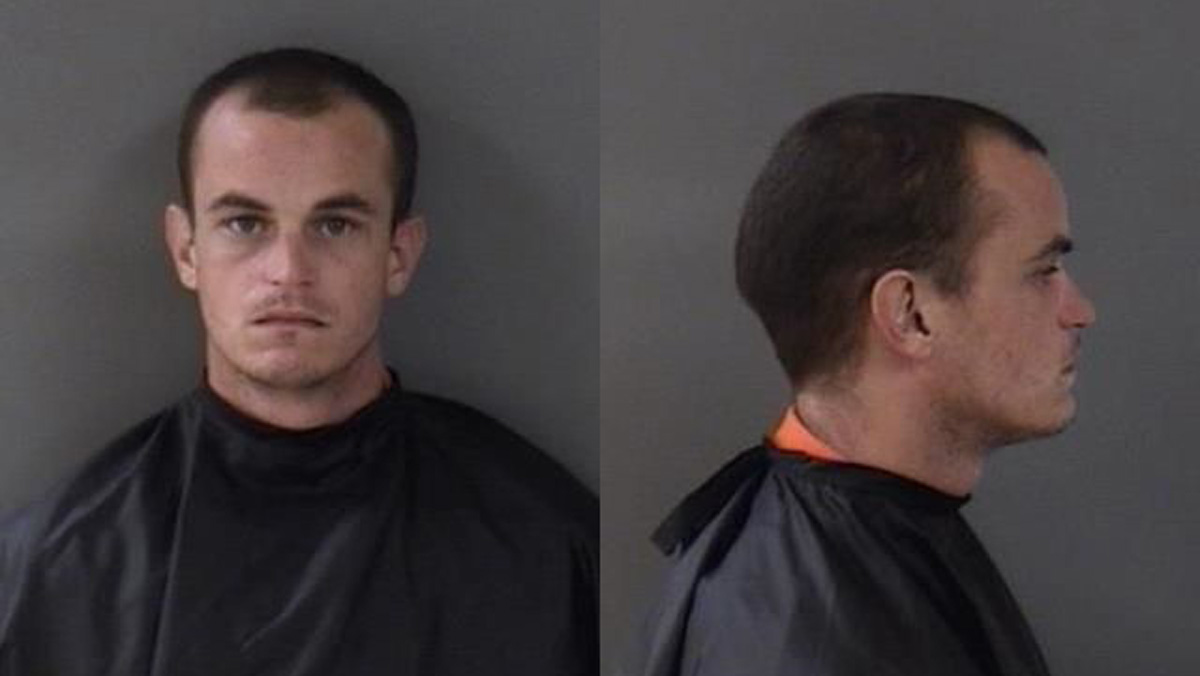 Two people with masks and dark hooded sweatshirts robbed and assaulted a victim on Sunday at the Barber Street Sports Complex in Sebastian.

Wood said the robbery involved the theft and destruction of a victim’s cell phone.

“The 19-year-old victim was threatened but able to get away before the physical confrontation occurred. There were several witnesses who helped in the apprehension of the suspects,” Wood added.

At approximately 6:30 p.m., officers with the Sebastian Police Department received a physical disturbance call with multiple people involved at the basketball courts.

A witness told police that he saw four male subjects with masks and dark hooded sweatshirts “beat up” another male while stealing his cell phone. The witness said the suspects were last seen near the Barber Baseball Fields.

According to several witnesses, the suspects told another victim they were “gang members” as they proceeded to assault victim #2.

The victim who was robbed called 911 shortly after the indecent.

“He was playing basketball when all four suspects approached him and surrounded he and (the other victim). One suspect that was in front of him had his hand in his pants as if he was concealing a weapon and (the victim) believed the suspects were going to rob him,” the officer said.

The victim was in fear for his life, so he fled on foot and headed west on Albatross Terrace and notified the police. While fleeing the scene, he overheard what sounded like someone being thrown against a chain-link fence where the other victim was standing, according to the affidavit.

Multiple witnesses stated they called 911 after the incident and said the suspects were back at the basketball courts and were in a black SUV “armed with a gun,” the affidavit said.

Another officer found the black SUV parked in the parking lot at the basketball courts and removed two subjects – identified as Olivia Watson and Justin Music – from the vehicle and taken into custody.

Police then made contact with Christopher Warmouth, 27, who stated he, Justin Music, Eddie Trusty, and Olivia Watson all went to the basketball courts together.

Christopher Warmouth then told the police that Justin Music realized he did not have his cell phone and returned to the basketball courts to find it.

“Christopher stated while they were looking for the phone he and Eddie were approached by (police) at the basketball courts. Christopher denied any involvement with the fight. Christopher stated he watched the fight break out but could not give any descriptions of parties involved or how many people were involved,” the officer said.

Justin Music told the police that while they were at the basketball courts, he saw Christopher Warmouth and Eddie Trusty attacking one of the victims.

Officers then spoke with the victim who was jumped and observed a laceration on his forehead, dried blood under his nose, swelling on his right eye, and blood on his right hand, consistent with being in a fight, according to the police affidavit.

All witnesses identified Christopher Warmouth as the primary suspect. He was arrested for robbery, felony battery, criminal mischief, assault, and contributing to the delinquency or dependency of a child.

“While in my custody, Christopher stated Eddie (a juvenile) was the one who beat up (the victim) and not him. Christopher further stated he now wants to talk about the incident if it will keep him from going to jail,” the officer said.

Christopher Warmouth was transported to the Indian River County Jail, where he is being held on $13,500 bond.