Sebastian man arrested for a fraudulent prescription at Walgreens 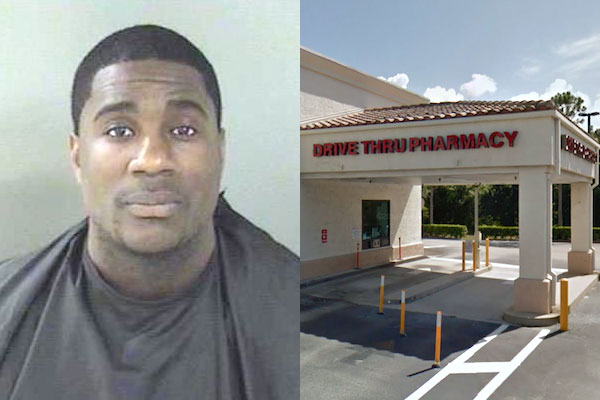 A 26-year-old man from Sebastian is being held at the county jail after using a fraudulent prescription at Walgreens to buy Oxycodone, according to the Indian River County Sheriff’s Office.

On Wednesday, Rashon Lamir Hart went to the Walgreens store in Roseland, located at 13613 U.S. Highway 1, and dropped off a prescription for 90 pills of Oxycodone 30mg. Hart said he would return in a couple of hours to pick up the pills.

The pharmacist thought the prescription was suspicious, so she contacted the doctor, Dr. Harish Sadhwani, and found out it was fraudulent. The doctor’s office said the signature was forged and the pharmacist notified law enforcement.

Deputies arrived and stopped Hart immediately. He stated he was a patient of the doctor and was there to pick up a prescription for Oxycodone. When he was told that the prescription was fraudulent, he said he found it on the ground at the Go-Line bus stop.

“The defendant stated that he had found 3 or 4 prescriptions on the pad and that he had already filled them all,” the deputy said.

Hart was arrested and charged with Felony Obtain or Attempt to Obtain Controlled Substance by Fraud, and Felony Utter Forged Instrument. Bond set at $5,000.