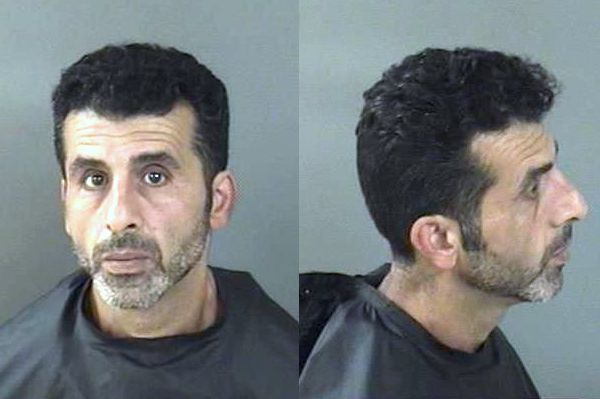 SEBASTIAN – A 50-year-old man was arrested Thursday in Sebastian on charges of battery domestic violence during an argument about food and candy with his girlfriend.

The Sebastian Police Department received a call about a physical altercation at the 1100 block of Croquet Lane.

Toni Jouky, who told police he was unemployed, told police that he got into a verbal argument with his girlfriend over what they were going to eat for dinner, according to the report.

During the argument, Jouky became increasingly angry for not having any food in the house.

Jouky then followed his girlfriend into the bedroom where she was eating candy on the bed, causing him to become more furious.

The victim advised that while she was eating “candy on the bed, he picked up a remote and threw it at her, striking her foot,” the report said.

The girlfriend then threw the bag of candy at Jouky in retaliation.

Jouky then “slapped her glasses off of her face and hit and scratched her neck area,” according to the report.

Officers observed red marks on the left side of the girlfriend’s neck.

Jouky was arrested and transported to the Indian River County Jail.