Sebastian Man and Mother Struggle Over Firearm On Mother’s Day 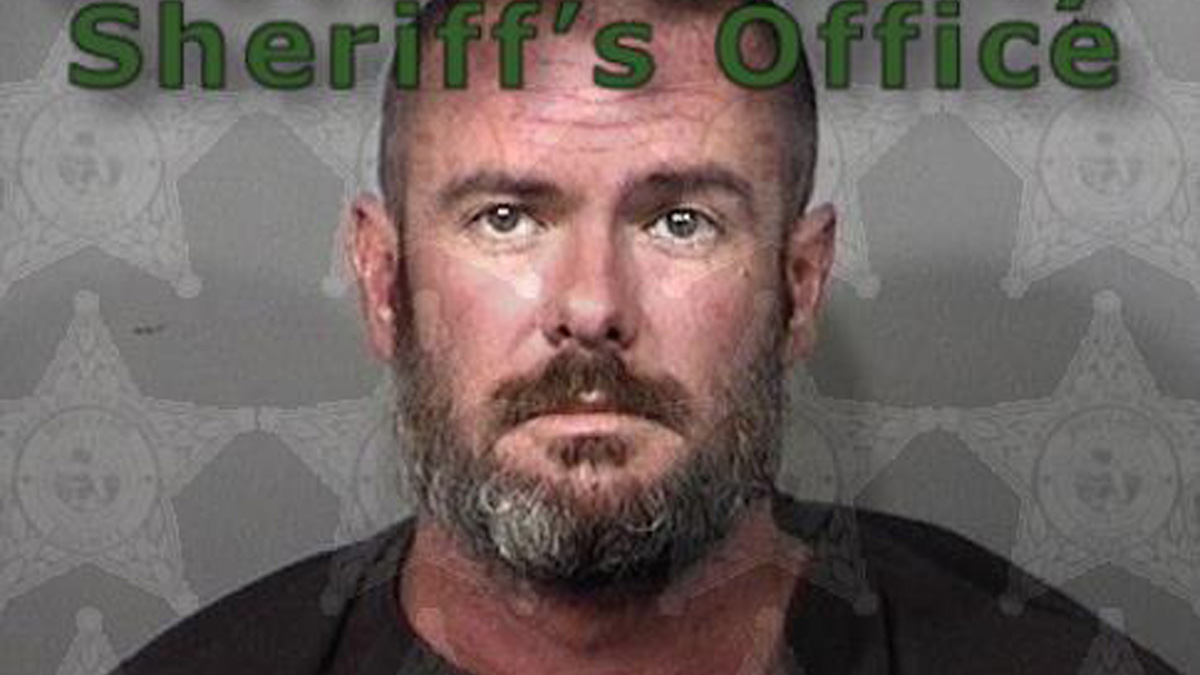 On Mother’s Day, the Palm Bay Police Department responded to a home in Brevard County where shots were fired inside the residence between a Sebastian man and his mother.

According to the affidavit, the two individuals were in a verbal dispute in reference to a disagreement about kitchen cabinets.

“During the dispute, the defendant pushed [the mother] on her back using open hands and against her will, causing her to fall to the floor on her knees,” police said.

James Moore, 38, of Sebastian, then snatched his mother’s cell phone out of her hands and smashed it on the floor damaging the device.

Police said that’s when the mother fled into her master bedroom for safety and locked the door, Moore chased after her and forced open the door by kicking it off the wooden door frame.

The mother grabbed a 9mm handgun from her nightstand for protection in fear of her safety, and the two struggled over the gun, causing it to discharge three times into the bedroom walls and a cabinet.

Neither the mother nor son sustained injuries from the gunshots. According to police, both were under the influence of alcohol during the altercation.

Moore was arrested and charged with Burglary With Assault, Criminal Mischief, and Battery Domestic Violence. He remains at the Brevard County Jail on a $27,000 bond.