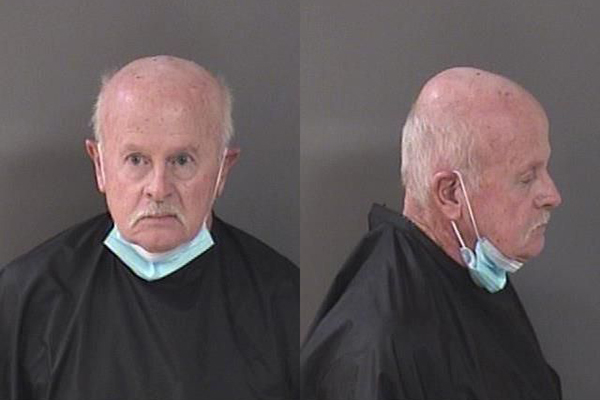 A man was arrested Thursday after he allegedly poured urine on clothes belonging to juveniles who were swimming at the watering hole near Stonecrop Street in Sebastian.

The juveniles contacted the Sebastian Police Department and said the man poured something on their items and then walked across the street to his residence, the affidavit said.

When questioned, the man told the youths he didn’t do anything before walking away. Upon checking their clothing, the juveniles smelled a strong odor similar to urine.

“Officers conducted a check of the area where the youth’s property was and detected a very strong pungent odor similar to urine,” according to the affidavit.

Police met with 68-year-old Thomas Michael Hotchkiss, who lives across the street from the swimming hole.

Hotchkiss told police that he was tired of the juveniles yelling at him and trespassing on his property near the swimming hole.

“The defendant had ordered some ‘Stink Bait’ animal deterrent chemical. The defendant mixed the chemical with water and poured it on the ground, next to the youth’s property as a deterrent,” the officer said.

The juveniles and their parents pursued charges regarding the incident.

Hotchkiss was charged with two counts of Criminal Mischief and was taken into custody. He was transported to the Indian River Jail for processing.

According to jail records, Hotchkis was also arrested for Criminal Mischief in January 2020.