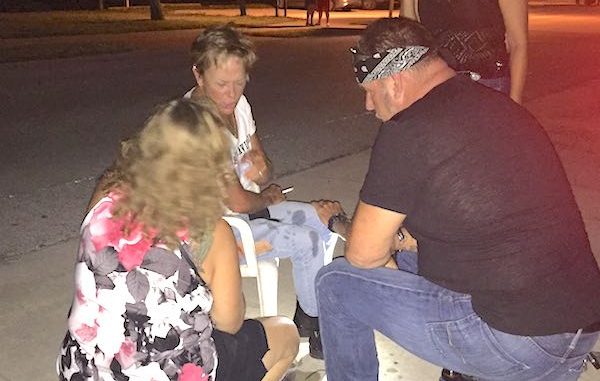 SEBASTIAN – The Sebastian Police Department is looking for an older model Ford Mustang, dark red or burgundy in color, that was driven by a young male.

The vehicle was driving south on Indian River Drive and struck a female pedestrian in front of Earl’s Hideaway Lounge in Sebastian.

The victim suffered abrasions and cuts to her right thigh, ankle, and other areas.

The incident took place at approximately 10:05 p.m. Friday night as the Mustang was driving past Earl’s. The victim tumbled in the air before hitting the ground, according to witnesses.

Patrons say they shouted for the male driver to slow down before striking the pedestrian. The vehicle continued southbound on Indian River Drive.

“You can blame the City of Sebastian for this accident because of the broken street light,” one witness told Sebastian Daily. “That light keeps going out for the past 5 years, you can’t see the road.”

Directly across the street from Earl’s is a broken bulb in the light post. Without the light, the street is very dark.

“Some people are blaming Earl’s for this. It has nothing to do with Earl’s. They can’t be blamed,” another witness told us. “They need a speed bump here or a stop sign like they have at Captain Hiram’s.”

The victim is in stable condition at the Sebastian River Medical Center. We don’t know if she has been released yet.