Police say shots fired in Sebastian home was a hoax 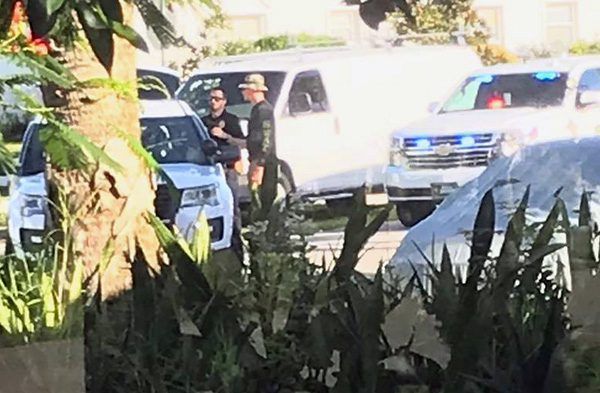 Sebastian Police at the scene on Gilbert St.

Earlier this morning, the Sebastian Police Department, the Indian River County Sheriff’s Office, and the SWAT team responded to a home after receiving a call about a shooting inside a Sebastian home. The caller said he shot his mother five times, but police now say it was all a hoax.

“Received a call from a male at approximately 8:10 a.m. stating he shot his mother five times and believed she was deceased,” Lt. Timothy Wood told Sebastian Daily.

Wood said after using their Special Response Team in conjunction with the IRCSO SWAT, it was determined to be a hoax. There were no injuries.

“There were three adults in the residence, 1 female and 2 males, who exited the residence prior to us making entry,” Wood added.

The incident occurred on Gilbert Street near Schumann Drive in Sebastian.

At around 8:32 a.m., neighbors say police arrived with heavy gear and bulletproof vests. There was also a helicopter flying overhead.

Wood said the incident is still under investigation. No arrests have been made yet.