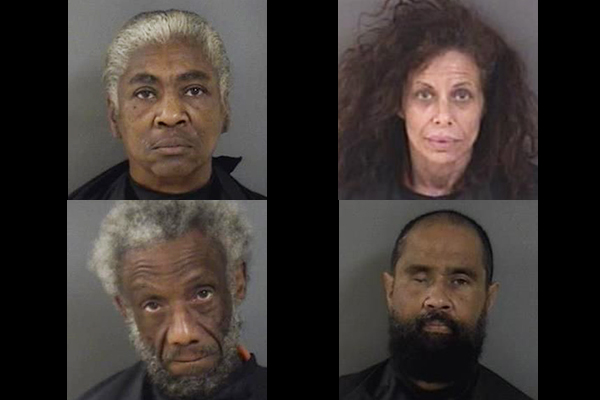 On Friday, November 15, 2019, the Indian River County Sheriff’s Office Special Investigations Unit (SIU) concluded a drug investigation in the 8500 block of 61st Drive in Wabasso by serving a search warrant on a residence.

The drug investigation stemmed from numerous anonymous complaints from neighbors and community members of drug dealing and drug use at 8526 61st Drive. With assistance from the Indian River County Sheriff’s Office Special Weapons and Tactics (SWAT) Team and K-9, a search warrant was executed.

During the search detectives seized a quarter ounce of crack cocaine and drug paraphernalia.

The following individuals were also arrested:

Indian River County Sheriff Deryl Loar stated, “During the search warrant, several neighbors expressed their gratitude to our detectives for shutting down this drug house. We are proud of the work of our team and will continue to rid our streets of those who think they can sell illegal narcotics. Know that your days are numbered, as we are working hard to close down many more.”