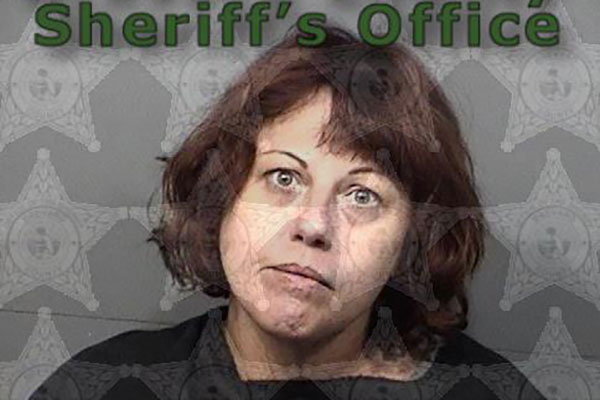 Deputies say a Barefoot Bay woman refused to pull her vehicle over when asked by the passenger as she drove at a high rate of speed, according to the Brevard County Sheriff’s Office.

Jacqueline Rose Howard, 44, who resides at the 900 block of Spruce Street in Barefoot Bay, was charged with battery domestic violence and false imprisonment.

The victim, who says he was out on a date with Howard, told deputies Saturday that he was in a verbal argument with Howard when she began to accelerate to over 70 mph. The victim asked Howard to pull the vehicle over, but she refused.

The victim said he was in “fear” for his life, and he “begged” the woman to stop the vehicle and let him out.

“Due to the defendant’s speed, she was unable to maintain her lane and drove into the median,” a deputy said.

Deputies said the victim took control of the wheel to steer the vehicle back onto the road, but Howard bit him on the arm, twice, causing him to bleed, according to the affidavit.

The victim then pulled the emergency brake on the vehicle while telling Howard to stop the car. Again, Howard refused and accelerated the vehicle before coming to a stop.

Howard told deputies that the two have been dating for approximately 30 days.

She was taken to the Brevard County Jail, where her bond was set at $6,000.

Sebastian River Medical Center Drops from A to C Grade