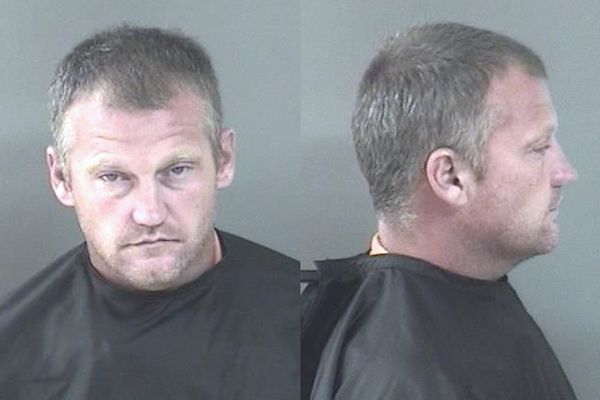 Vero Beach motorist was found passed out behind the wheel of his vehicle at Cumberland Farms. (Photo: Indian River County Sheriff's Office)

VERO BEACH – Customers at the Cumberland Farms in Vero Beach called the Indian River County Sheriff’s Office to report a motorist passed out behind the wheel of a vehicle.

Brian Alan Pryor, 36, was found passed out with his vehicle in neutral. Pryor’s “foot was on the accelerator at full throttle,” the report said.

The deputy woke the subject up and had him turn off the vehicle.

When asked for his driver’s license, Pryor said he didn’t have one because it was suspended. The deputy verified that his license had multiple suspensions, including felony suspensions, the report said.

Pryor was listed as a Felony Habitual Traffic Offender with 10 suspensions. He was arrested for Felony Driving On a Suspended/Revoked Drivers License.

When the deputy searched Pryor after his arrest, he found several pills in his left front pocket.

The following pills were found:

Pryor was transported to the Indian River County Jail where his bond was set at $15,000.