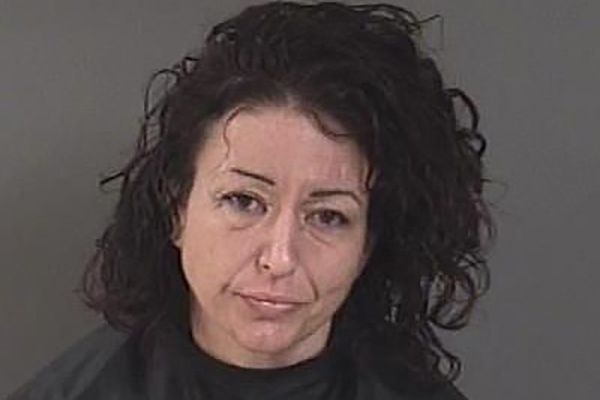 Police say a woman stole someone’s purse at Walmart in Sebastian before driving away in a truck.

On Monday at approximately 10:45 p.m., an unmarked police cruiser was in the parking lot observing a green Ford truck known to be used in dealing narcotics.

The owner of the truck is also known to have a suspended driver’s license, reports show.

The police observed a woman leave Walmart and enter the pickup truck. As the truck was driving away, the driver failed to stop at a stop sign exiting onto U.S. Highway 1.

The officer conducted a traffic stop on the truck, and coincidentally police dispatch advised that someone stole a purse at Walmart.

Emily A. Crosta, 36, of Micco, was a passenger in the truck and was identified as the woman leaving the store with the stolen purse.

“Crosta stated that an employee had shown her the purse asking if it was hers. Crosta stated she knew it was not hers but picked it up and left with it,” the affidavit said.

Police reviewed the video surveillance of the incident at Walmart. Crosta was seen purchasing a pack of cigarettes when an employee took Crosta back to the purse believing she left it there.

At that time, Crosta picked up the purse and proceeded back to the front of the store. She finished her purchase and exited the store with the stolen bag.

Crosta was charged with theft and transported to the Indian River County Jail. She was released Tuesday morning after posting a $1,500 bail.