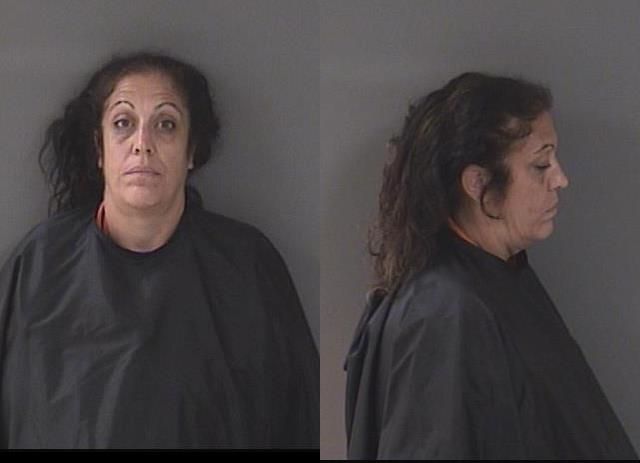 A woman from Micco was arrested in Fellsmere after telling a deputy she was an active police officer during a traffic stop.

“I observed the vehicle to have completely inoperable rear lighting. In addition, I noticed a flashlight affixed to the rear trunk as a make-shift registration light,” the deputy said.

The deputy conducted a traffic stop and encountered two occupants, a 37-year-old man from Fellsmere, and 55-year-old Joyceann Luciano from Micco.

“Luciano opened her wallet and flashed an identification card inside her wallet. I observed the card to read ‘Arlington Police Department’ on the top. Luciano looked up at me and made eye contact to confirm that I saw the card,” the deputy said in the affidavit.

Luciano immediately told the deputy that she was a retired police officer from Massachusetts and kept saying, “they don’t know,” as if to convince law enforcement.

“I asked several times regarding whether Luciano was a police officer and she continued to state that she was,” the deputy said.

A K-9 was used to sniff the exterior of the vehicle, which gave a positive indication of contraband. A probable cause search was conducted and the deputy located a cigarette pack containing a crack cocaine stem with burnt residue and a copper Chore Boy.

A female deputy conducted a search on Luciano and located another crack cocaine stem with a burnt residue inside her bra.

Luciano then told the deputy she was a “police officer for 13 years.” However, the deputy informed her that the ID in her wallet was not that of a retired police officer, but she responded, “yes, I was.”

During questioning, Luciano admitted to smoking crack cocaine. She then recanted her statement and admitted she was not a police officer.

Luciano was arrested and transported to the Indian River County Jail, where she is currently being held without bond.