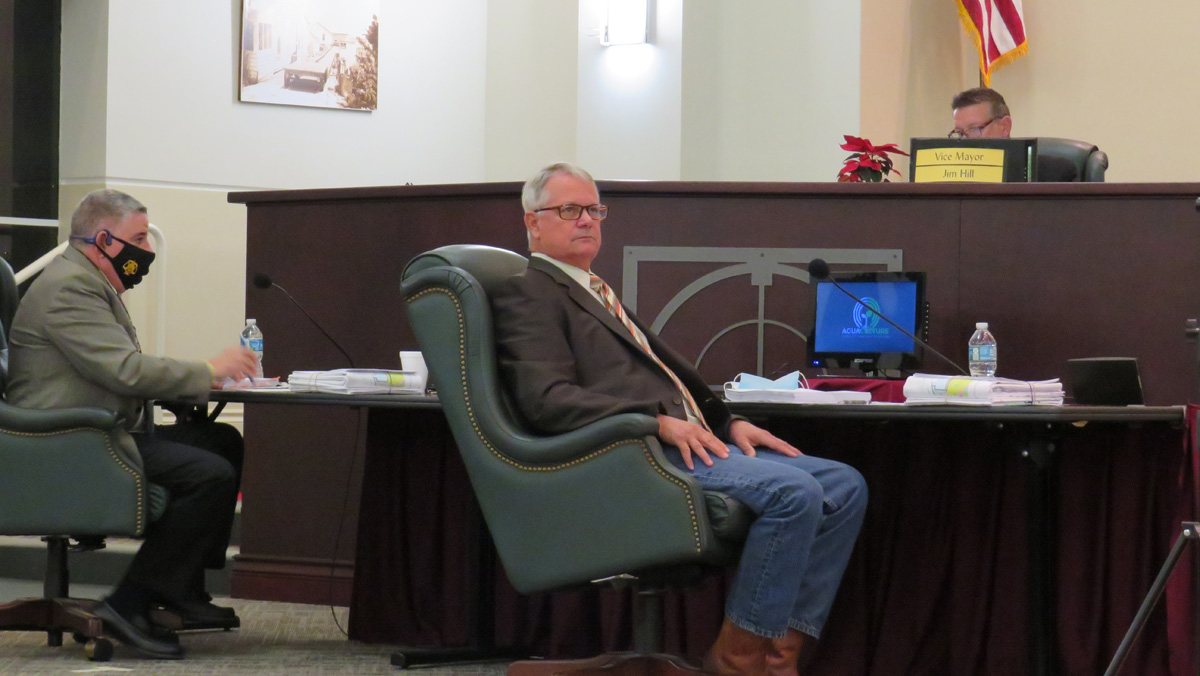 The pulled agenda item prompted some unnecessary backlash started by a small town reporter in Vero Beach working for another news organization headquartered two counties away. The published article misled the people in Sebastian, and it hasn’t been the first time. As a result, people contacted Carlisle prior to yesterday’s City Council meeting.

The same reporter also suggested that it was illegal to give bonuses, which is false. He obviously didn’t do his research and read the American Rescue Plan Act.

I kid you not.

The City of Fellsmere paid some of their officers, according to Police Chief Keith Touchberry. The Indian River County Sheriff’s Office will soon get bonuses on the state level, according to Sheriff Eric Flowers.

For some reason it’s bad if Sebastian pays bonuses to its staff. The decision to give bonuses is up to each municipality.

In Sebastian, the decision will ultimately come from the City Council.

To make matters worse, the few people who read the misinformation began to spread it all around town, suggesting that the city government was not transparent about how the federal monies were going to be dispursed. The agenda item was made public, making it transparent. There was no hiding of this agenda item or discussion.

The article suggested that the city should spend the funds for its stormwater or by helping to clean the Indian River Lagoon. But hold on, the proposal for job bonuses also included about $1.4 million to fix some of the stormwater problems.

So, Carlisle pulled the agenda item and gave the issue to the City Council, and now they may want to have a public workshop about it. These are workshops that people never show up to or provide public input.

Meanwhile, the bonuses for several Sebastian employees, including the local police force, have been put on hold because of this nonsense.

What was included in the recommended spending plan?

Well, for starters, $600,000 was going to all City of Sebastian employees, including the police department.

About $1.4 million was going to help with some of the stormwater issues. The monies were to fix the flooding problem at Gardenia Street and fix a pipe off Schumann Drive that’s been causing flooding.

The rest of the funds were going to be used for other projects, such as the Indian River Lagoon and converting people from septic to sewer.

Did you know that the City of Sebastian has done more to help the Indian River Lagoon than any other municipality in our county? Only now has the City of Vero Beach decided to improve their stormwater to help the lagoon.

Sebastian has a Master Stormwater Plan, and Carlisle, the City Manager, has been meeting with legislators, including Rick Scott, to get additional grants to help the city.

The City of Sebastian has been years ahead of any other municipality in the county by being first to have baffle boxes to capture pollutants to help the Indian River Lagoon. Sebastian has also installed reefs to promote lagoon health. The projects for the lagoon are endless, and they rarely get noticed.

Sebastian has been the leader with septic to sewer

Sebastian has been years ahead of the county by providing grants to move people from septic to sewer. As a result, many homes have already been converted. The city also created an ordinance, long before anyone else, to ban all new septic tank installations in new developed communities. It means that if the annexation is ever approved in the future, septic tanks are forbidden.

The new Sebastian Public Works Complex near the airport is bringing sewer to county residents in Roseland. I could go on and on, but you get the point.

And to be honest, the citizens in Sebastian are getting fed up with reporters and nonprofit organizations in Vero Beach, such as Pelican Island Audubon Society, trying to dictate Sebastian’s direction by spreading their misinformation. Sebastian Daily has called them out every time and will continue to do so.

So the agenda item, listed under New Business in last night’s City Council meeting, has been put on hold. The misinformation is a disservice to all the men and women who work for the city, including our brave officers in uniform. It’s also going to delay fixing the stormwater issues for the citizens.

Personally, I say bring the agenda item back to council immediately for a vote. Do it for the workers, and for the stormwater issues that need to be fixed.