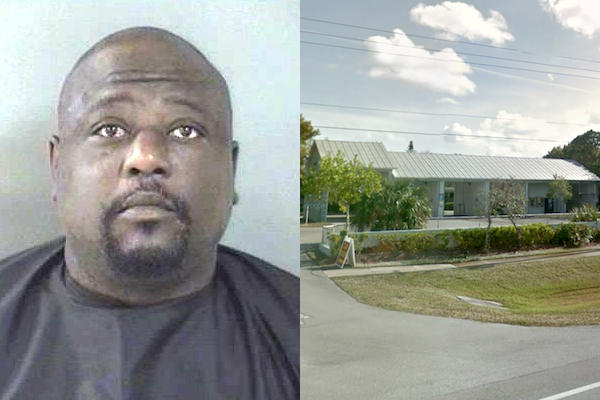 Man tries to steal quarters from a change machine at a Sebastian carwash.

SEBASTIAN – You may not want to steal from a carwash while the owner is watching you on video surveillance.

Sherrod Almond, 44, was arrested on charges of Petit Theft, and Molestation of a Coin Operated Vending Machine on Friday.

The owner of the Carwash located at 921 Sebastian Boulevard observed a man retrieving coins from one of his vending machines.

The incident occurred for almost an hour as the owner watched Almond using a thin piece of metal to dispense the coins.

After calling the Sebastian Police, officers saw Almond still standing at the machine dispensing coins. He then turned around and walked to his vehicle once he saw law enforcement.

Officers told Almond they were there to investigate a theft and they needed to pat him down, which he agreed. Police found a large bulge of coins in his pockets, and a plastic bag of coins in the vehicle, according to the report.

Almond told police he was just getting coins to wash his car, but officers saw quarters everywhere.

Almond eventually confessed to using a thin metal rod, a piece of plastic, tape, and a string to defeat the coin machine, the report said.

He told officers that he was tricking the machine into thinking he inserted a $20 bill to get change.

Almond said he has several health issues and is currently disabled. He said his medical bills are piling up and that he has been in a long battle with Medicaid and disability, but is not receiving any money to assist him.

The total value of quarters in Almond’s possession was $167.50.

Almond was arrested and transported to the Indian River County Jail.