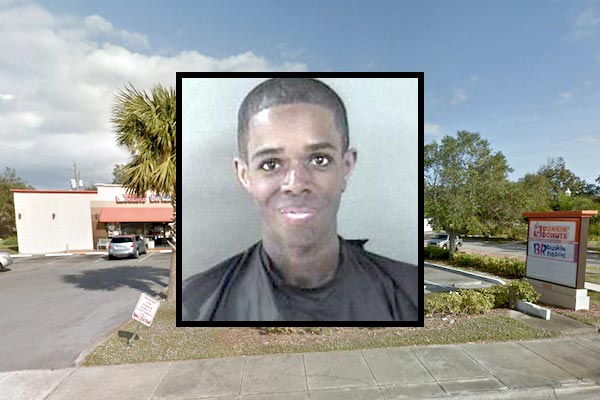 Man steals ice cream from Dunkin' Donuts and throws it on the ground in Sebastian.

SEBASTIAN – A 29-year-old man was arrested after stealing a tub of ice cream from the Sebastian Dunkin’ Donuts.

Corwin Tremayne Mathis, of Jacksonville, was loitering around the Dunkin’ Donuts in Sebastian for several hours while using the store’s electrical outlets to charge his mobile phone.

The store manager said Mathis started harassing customers and then let out a “loud scream.”

Soon after, the manager watched Mathis remove a tub of Baskin-Robbins vanilla ice cream, valued at $5.49, and exit the store and began consuming it.

The manager then confronted Mathis and asked if he was going to pay for the ice cream, at which he stated, “here’s your ice cream,” and threw it on the ground, according to the report.

Mathis was then advised that the police was called, at which time he stated, “I’ll shoot the police” before leaving the area on foot, the report said.

A Sebastian Police officer located Mathis nearby where he was arrested and transported to the Indian River County Jail on charges of retail theft.