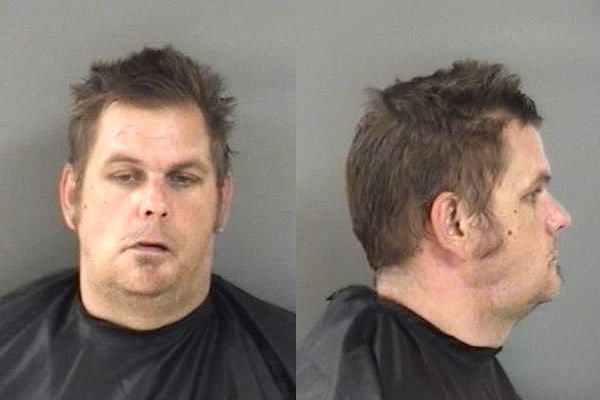 Man spits on girlfriend for having a yard sale in Vero Beach, Florida.

On Wednesday at approximately 10:00 a.m., deputies responded to a home where a woman reported that her boyfriend had spit on her, according to the Indian River County Sheriff’s Office.

The victim stated that her boyfriend, identified as 42-year-old Stephen Joseph Robie of Vero Beach, and herself were in a verbal argument over a yard sale and that he spat in her face.

Deputies then spoke with Robie who admitted that the two were in the argument and that he did spit in his girlfriend’s face.

“Mr. Robie even demonstrated to me how he spit in [the victim’s] face,” the deputy said.

Robie also admitted that he was upset with his girlfriend for having a yard sale. He was arrested and charged with Battery Domestic Violence. Robie was later released on $500 bond.