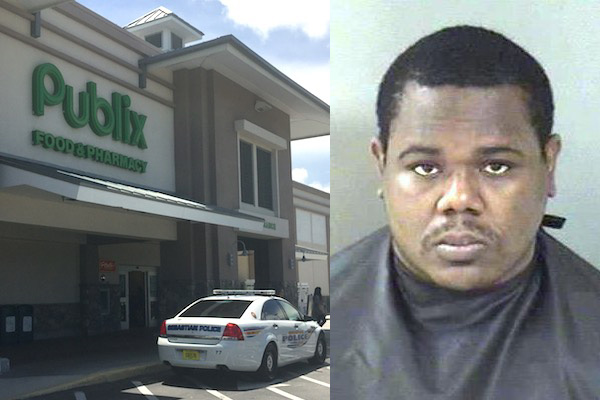 One arrested after passing fraudulent prescriptions at the 2 different Publix pharmacies in Sebastian.

SEBASTIAN – One man was arrested after passing fraudulent prescriptions at two Publix pharmacies in Sebastian.

The Sebastian Police Department responded to a call at Publix locations 1451 CR 512, and the one on Barber Street near U.S. Highway 1.

Officers detained Steve Jean at the pharmacy of the Publix on CR 512 while he was attempting to pick up the prescriptions.

Store video survivance identified Jean as the person who dropped off the fraudulent prescriptions.

Jean told police he knew passing the two prescriptions was wrong, but he was asked to do so by his marijuana dealer for a $100 payment.

Both prescriptions were for Promethazine with Codeine. Jean was arrested and charged with felony attempt to obtain a controlled substance by fraud.