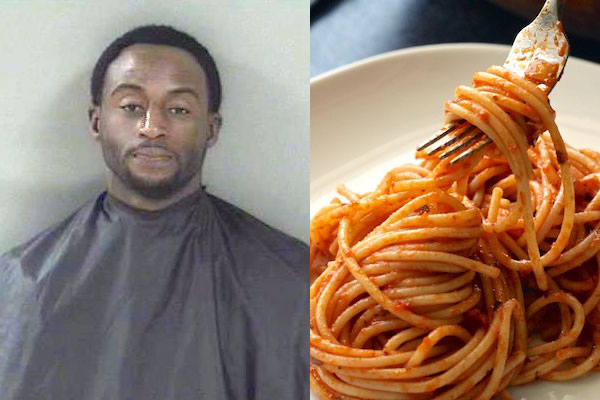 Vero Beach man breaks into woman's home and cooks up a plate of spaghetti.

VERO BEACH – An elderly woman said a man broke into her home, got naked, and made himself a plate of spaghetti, according to the Indian River County Sheriff’s Office.

Samit Amit Irving, 29, of Vero Beach, was arrested for an outstanding warrant and charged with Felony Burglary, Theft, and Exposure of Sexual Organs.

The incident happened on Monday at approximately 6:05 p.m. when a woman flagged down law enforcement.

She told deputies that Irving ran into her house, shut the door, and said “don’t say anything, the police are after me and are outside right now, I can’t leave,” the report said.

“While inside my house, he began to make himself something to eat, he boiled some water and made himself a bowl of spaghetti that I did not allow him to have,” the frightened woman told deputies, the report said.

Irving then undressed and washed up in her bathroom, then walked around the house naked, according to the affidavit.

“He got fully undressed in front of me, walking around the house naked, making me feel uncomfortable,” she told police, the affidavit said.

After finishing his meal, Irving got dressed and fled the home. The woman ran outside and flagged down a deputy who was searching for Irving, according to the report.

Irving told deputies that he was at a friends house where he ate spaghetti and bathed. However, he was unable to provide her name or how the two met.

He is being held at the Indian River County Jail without bond.