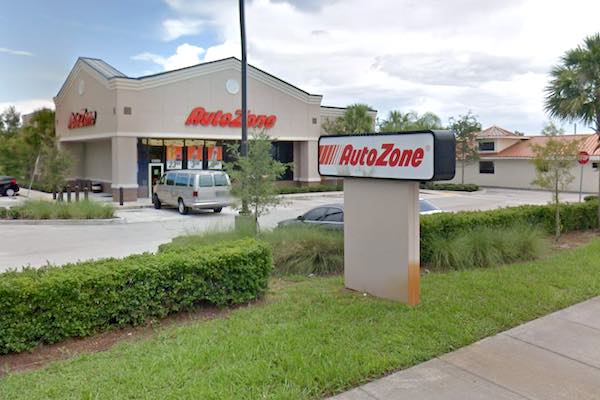 VERO BEACH – As employees arrived to work on Monday at the AutoZone store in Vero Beach, they noticed the store’s mailbox was ripped out of the ground and a man sleeping in one of their trucks.

An employee called the Indian River County Sheriff’s Office to have the man removed and trespassed from the property.

“Upon multiple attempts to wake him up, the male woke up looking around as if he was unsure of his surroundings. The male identified himself as Benjamin Hurst,” the deputy said.

Hurst told deputies he didn’t know how he got into the company vehicle because he “drank a lot of last night” and thought he made it back home, the report said.

Upon further inspection of other company vehicles, they noticed another one had a dent in the hood, and the security feature for its GPS was broken.

A deputy also observed dirt smeared on the hood of another truck, and its security feature was also broken, according to the report.

AutoZone estimated the cost of the damage to the trucks to be approximately $1,300.00.

While Hurst could have done the damages, AutoZone just wanted him trespassed from the property.

No charges against shooter in Vero Beach ‘road rage’ incident

No charges against shooter in Vero Beach 'road rage' incident