Man claims to be health inspector, demands drink or will shut down Earl’s Hideway 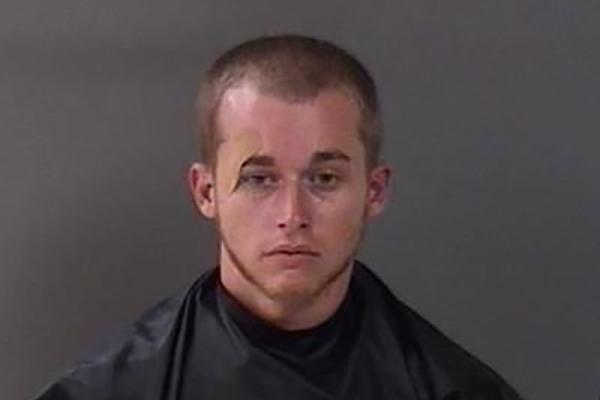 Officers were dispatched to Earl’s Hideaway Lounge in Sebastian Saturday morning at approximately 1:35 a.m. about a man causing a disturbance after the bar was closed.

Lance Waters, 27, entered the bar at approximately 1:25 a.m. and asked the manager for a drink. When the manager advised the business was closed, Waters said he was a health inspector and threatened to shut down the business.

“The subject began arguing with [the manager] and stated he was a health inspector and that he would shut the business down if he didn’t receive a drink,” the officer said.

When the manager gave another command for the subject to leave the business, Waters continued to argue and stated his father was the Chief of Police at Palm Bay Police Department.

“At one point, the subject dared [the manager] to hit him so he could close the business down,” the affidavit said.

The manager then called the Sebastian Police Department for assistance.

When officers arrived, they found Waters standing in the parking lot and yelling something towards a business employee. Police made contact with Waters and explained that Earl’s Hideaway Lounge closed at 1:00 a.m., and the management wanted him to leave the property. The officers also said there was a strong odor of an alcoholic beverage emitting whenever Waters spoke.

“The defendant started to argue and stated he was calling the Chief of Police. I advised the defendant to find a ride home, but the defendant refused to answer,” the report said.

Police repeatedly asked Waters to leave, but he continued to argue.

“The defendant stated his father also owned Earl’s Hideaway and that he was allowed to be on the property. The defendant began raising his voice and getting louder. The defendant was given a last warning to leave the premises by finding a ride home but the defendant again stated he was calling the Palm Bay Police Chief,” police said.

While being detained, a struggle between two officers and Waters ensued. Waters yelled, “you are not taking me to jail!”

Waters was arrested for trespassing and resisting arrest without violence. He was transported to the Indian River County Jail, where his bond was set at $1,000.