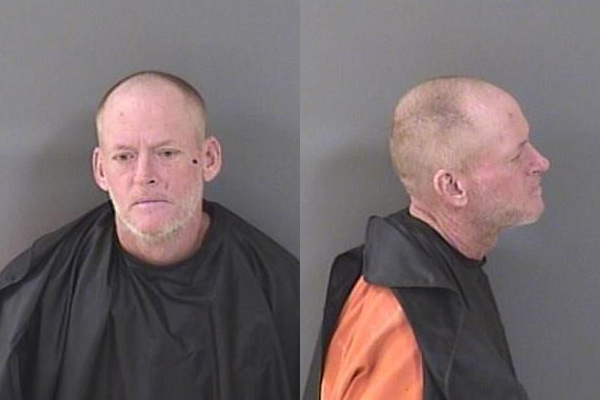 A homeless man was arrested Wednesday after choking a woman behind a dumpster at Walgreens in Vero Beach, Florida.

Vero Beach police received a call at approximately 4:30 p.m. about an unconscious woman behind the store. When officers arrived, they saw a man, identified as Michael James Bales, choking a woman, according to the affidavit.

“I observed the white male later identified as Michael Bales to have both of his hands tightly wrapped around the neck of the female,” the officer said.

“I further observed the female appear lifeless and unconscious,” the officer added. The woman had several lacerations to her face, and she was not moving, the report said.

Bales, 48, ignored all commands by police to stop choking the victim with both hands around the neck.

The officer grabbed Bales by the shoulders and threw him off the victim in an attempt to stop any further injuries to the woman. EMS arrived soon after to provide medical care and transport the woman to Cleveland Clinic in Vero Beach.

Bales told police that the woman, who is also homeless, is his girlfriend.

Bales was charged with Felony Battery Domestic Violence by Strangulation. As of Friday afternoon, he is still being held at the Indian River County Sheriff’s Office on $50,000 bond.

Man Slams Wife Against Walls at Pelican Lodge in Grant