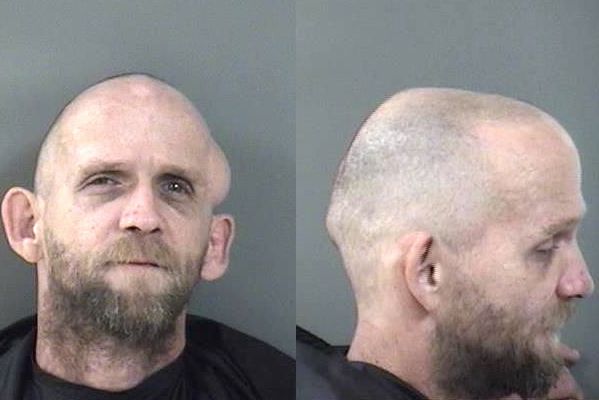 Man strangles Vero Beach woman after she argues with him about a drinking problem. (Photo: Indian River County Jail)

VERO BEACH – A man who was arrested on a felony battery charge for choking a woman said she often “presses his buttons.”

The Indian River County Sheriff’s Office received a call from a home in Vero Beach about the disturbance Tuesday at approximately 4:45 p.m.

Upon arrival, deputies made contact with the female victim inside the residence in the 8000 block of 22nd Street in Vero Beach.

She told law enforcement that 37-year-old Richard Clark Stevens was drinking beer all day and the two got into an argument. The victim added the two don’t typically get along too well.

During the argument, Stevens walked over to the victim and grabbed her by the throat before throwing her to the ground. The victim said he stood over her and continued to choke her with enough force to cause her to lose and regain consciousness, according to the report.

The deputy then spoke with Stevens’ brother who heard the commotion. He ran into the kitchen and observed Stevens choking the victim, the affidavit said.

The deputy then made contact with Stevens, who told a similar story that was consistent with the victim’s. He said he has a temper problem and the two were arguing about his drinking, the report said.

Stevens then told the deputy that the victim often “presses his buttons” because she’s trying to get him kicked out of the home. So, he “lost it” and “snapped.”

He also told the deputy that he had been drinking “Busch beer” all day.

Then, Stevens told another deputy that he never strangled the victim, despite openly admitting to it when the first deputy arrived.

“When I confronted Richard with this information, he stated that he did not recall making those statements nor did he recall strangling her,” the deputy said.

Stevens was arrested on a charge of Felony Battery and transported to the Indian River County Jail.