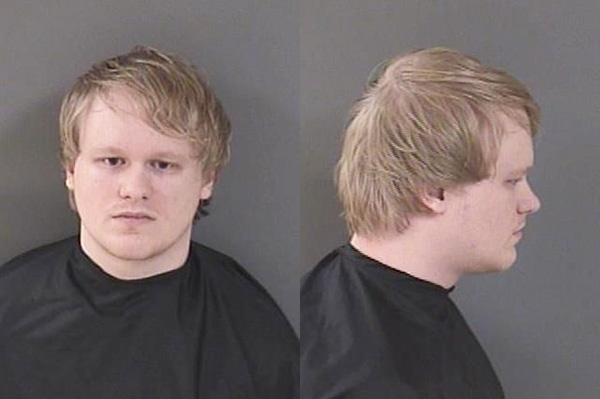 A 24-year-old man was arrested and charged with 32 counts of child pornography in Vero Beach.

The Indian River County Sheriff’s Office executed a search warrant Monday morning at a home where there was an ongoing child exploitation investigation.

Michael Jason Wilson, who was found inside the home, admitted to viewing child pornography. Wilson also told detectives that they had a “big job to do” when recovering the material from his computer devices.

Wilson stated that he always looked at adult content but that his addiction escalated to “weirder, nastier, and darker stuff,” the affiavit said.

Wilson told investigators that the content of children would arouse him.

Hundreds of video files were retrieved from Wilson’s computer, showing disturbing images of children and adults with children, according to the report.

One disturbing video showed an adult with a child who was less than one year of age. Almost every video retrieved from Wilson’s computer were infants and children ages three or less.

Wilson was transported to the Indian River County Jail, where his bond was set at $800,000.